In Little Thieves, Margaret Owen leads the reader through a beautifully written take on the story of the Goose Girl, one that blends familiar European folk tales with delightfully original characters. It has been one year since Vanja, goddaughter of the Low Gods Death and Fortune, tricked her way out of a bleak life as servant by stealing the place of the princess she has served since her childhood. Her new life of luxury and vengeance as soon-to-be bride of a dangerous royal and phantom thief of the vapid nobles around her, however, hits a snag when she robs the wrong house and ends up with a curse to suit her crime: by the next full moon, her body will have turned entirely to jewels. With two weeks to break the curse, deal with the inconvenient reappearance of the real princess, and shake the detective who’s picked up her trail, Vanja may finally have ended up in deeper trouble than she can solve by herself. Little Thieves will be especially enjoyed by fans of folklore and complex, nuanced characters.

From the first sentence, Owen weaves a world that manages to capture both the familiarity of a fairytale and the lush and thoroughly unique details that mark a good fantasy read. This foundation of folklore is a particular help to readers irritated by clumsy exposition or overeager worldbuilding, as the familiar elements and skillful writing pull the reader seamlessly into Vanja’s world. This is truly worldbuilding done right: introduced slowly, always in service of the story, and painting a thoroughly entrancing world of gods, shapeshifters, monsters, and political intrigue. The details scattered throughout of the Low Gods, especially, were vivid, sometimes chilling, and always fabulously original.

What truly brings the story to life, though, is the cast of complex and nuanced characters. It can be difficult to pull off convincing trust issues in a protagonist, but with Vanja the line from her childhood experiences to her current morally questionable mindset felt so true to her character that the question of how – and if – she could change had me turning the pages at least as fast as the plot did. It was also fun to see how much the relationships between characters evolved throughout the book, always defying a simple label. The romance plot in particular was a breath of fresh air in a world of disappointing YA relationships. It resists the industry pressure of love at first sight and unfolds at its own pace, so that by the time the reader knows what’s going on, they are hopelessly invested in the connection between the characters. The fact that the characters were so conscious of each other’s boundaries only added to the sense of their genuine care and respect for each other.

I also loved the casual queer representation in Little Thieves. There are at least three background queer couples sprinkled into the details of the story, as well as one between major supporting characters, and it was refreshing to see this treated not as a major plot point, not as something that felt forced, but with the normalcy it deserves. If I hadn’t been completely absorbed by this book already, starting a major meeting of the gods by asking Truth’s pronouns for the day would definitely have won me over.

Though it is certain to be a hit with fans of fantasy and fairytales, I would truly recommend Little Thieves to anyone who enjoys a good YA read. The fast-paced plot, complex characters, and beautiful writing will keep readers glued to the page till the very end, and raving about it for even longer. 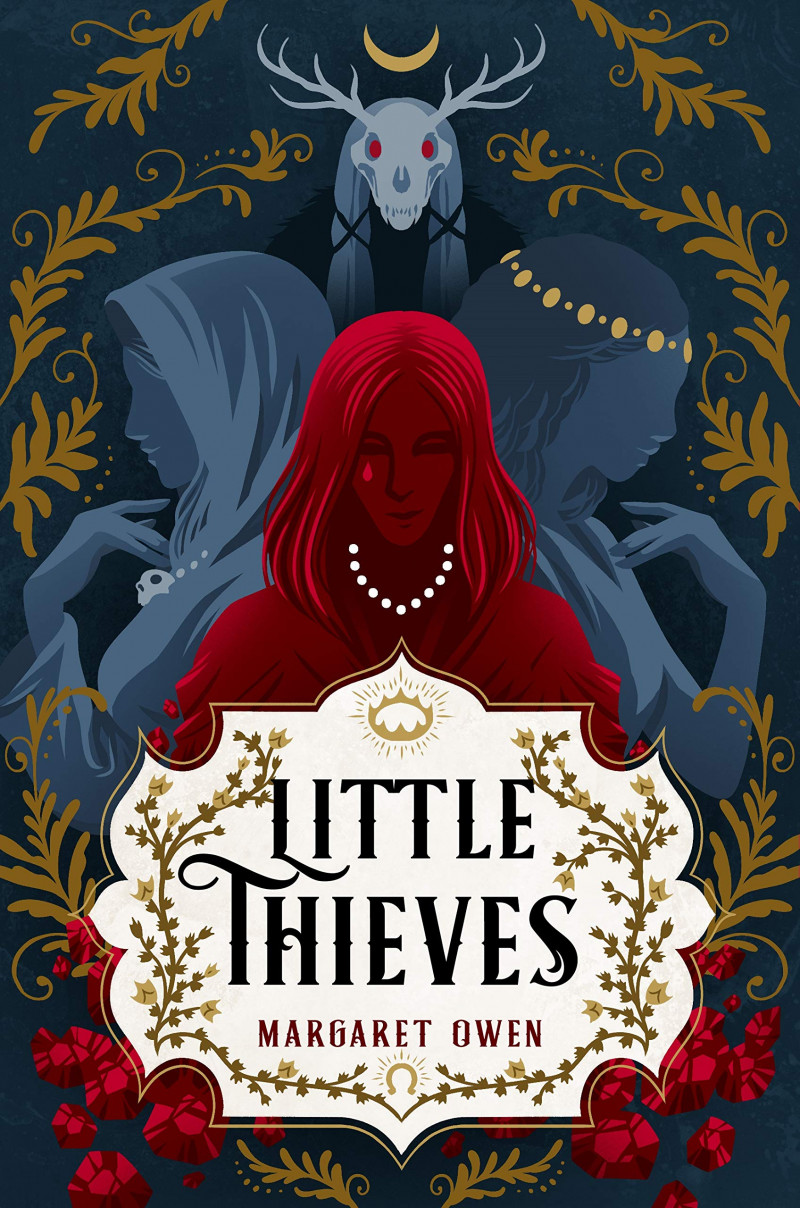 It was tough not to keep gushing about this book.