Roxanne Moreil and Cyril Pedrosa return for the second volume of The Golden Age, a richly illustrated tale of loyalty, obsession, and sacrifice. After her throne is stolen the night before her coronation, Tilda wanders the land gathering allies and soldiers to take it back by force, all the while followed by whispers of a mythical time when people lived free of an exploitative feudal hierarchy. Months into the struggle, though, the castle’s walls remain standing, and Tilda’s army is running low on food, pay, and loyalty while her obsession with reclaiming the throne spirals deeper. When a figure significant to both Tilda and the Peninsula insurgents is captured, the exiled princess must decide what she is truly fighting for, and what she will sacrifice to get there. The Golden Age: Book 2 will be enjoyed by fans of medieval fantasy and unique illustrations.

The art of The Golden Age is perhaps its strongest element, an intricate and atmospheric style that captures the eerie tone of the story. Aside from a few larger panels of battle scenes where it was difficult to tell the two sides apart, the art is quite clear and makes it easy to follow the progression of the story. The artist’s approach to faces, in particular, was both unique and fitting for the story.

The characters were, unfortunately, weaker. The book includes a fairly large cast for its length, and the story moves back and forth between characters so much that it is difficult even to keep track of names, let alone see much depth in any of them. Even Tilda is a relatively shallow and straightforward character, leaving the reader without much of a connection to the protagonist. The book’s attempt at a comic relief character, Little Paul, surpasses this to become an active nuisance throughout the story.

The plot suffered from a similar lack of originality, featuring a generic medieval power struggle whose conclusion most readers will see coming. While the full-page panels sprinkled throughout are beautiful, they also add empty length to a story that just doesn’t feel like it has that much content.

All in all, The Golden Age: Book 2 is a decent choice for graphic novel enthusiasts looking for a quick read with interesting art, but readers are unlikely to find themselves riveted to the story or remember much about the characters after turning the final page. 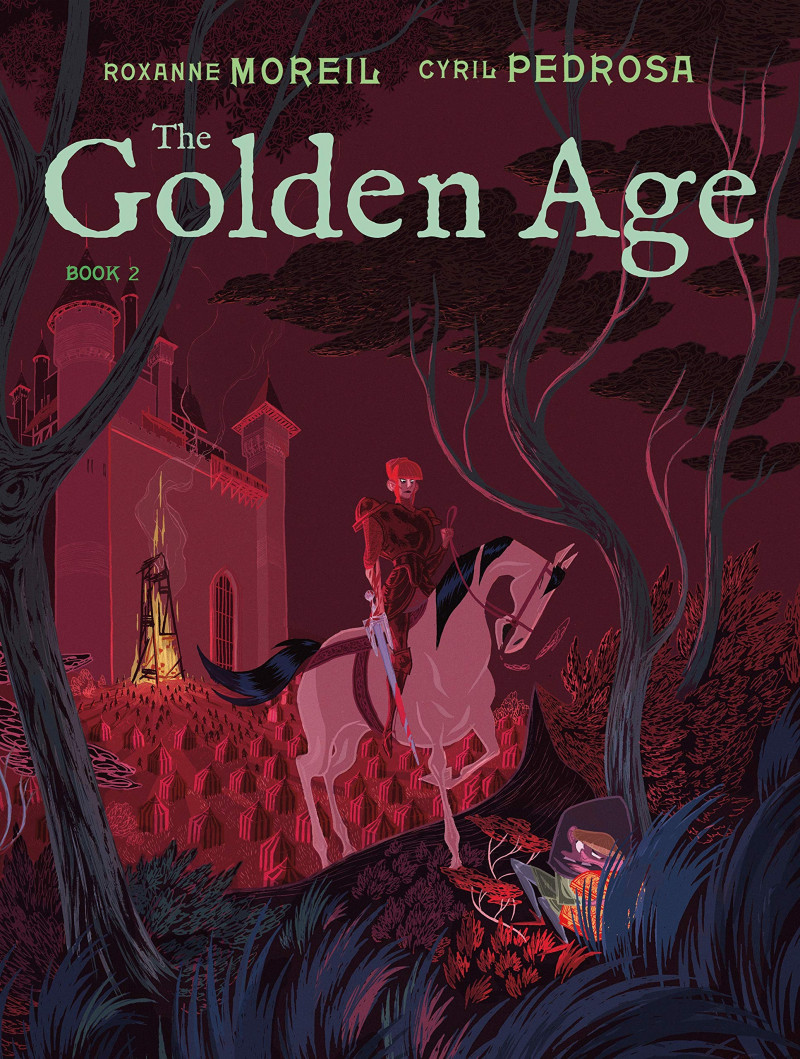