Thinking you know your First Amendment rights? Think again. Thoughtful, detailed, and fascinating, Ian Rosenberg’s Free Speech Handbook dives into the complicated, the controversial, and the many grey areas of free speech protections under the First Amendment. Each chapter tackles a specific question of First Amendment rights centered around a modern example, including profanity in broadcasting, leaks of confidential information, hate speech, and the line between parody and libel. In explaining the precedent behind these cases, however, the book also explores a wealth of past cases that have shaped the continuing development of free speech protections in the US. Among this treasury of examples are Mollie Steimer’s fight against the Sedition Act, the Gobitas’ challenge against mandating the pledge of allegiance in schools, and New York Times Company v. Sullivan, a foundational decision for the limits of libel law.

I will admit that when I saw “graphic novel” and “First Amendment rights,” I was expecting a simple, illustrated walkthrough of free speech protections - most likely one I had heard before. Free Speech Handbook utterly defied my expectations. Far from a simple list of protected freedoms, the book delves fearlessly into the controversies and the thorny regions that inevitably arise with free speech, which is, of course, almost certainly the kind of information you really need to know about the First Amendment. Each area of protected speech is covered in impressive detail and through multiple case studies, with illustrations that help to break up what could otherwise be an intimidatingly complex subject. Despite Rosenberg’s best efforts to keep things clear and simple, Free Speech Handbook does deal with complex concepts and legal jargon, but readers up for the challenge will be rewarded with a genuinely fascinating look at free speech that is guaranteed to leave them more knowledgeable about their own rights.

Perhaps the book’s strongest element is its extensive repertoire of case studies. Not only do these ground what can be abstract concepts in specific situations, but the cases Rosenberg includes are truly fascinating in their own right. Each chapter looks at both a modern example and the legal precedent set by an older case, and this set ranged from Colin Kaepernick’s protests to the Pentagon Papers to the National School Walkout. While many of the modern examples will be familiar to readers, Rosenberg provides a clear and informed explanation through the lens of free speech that will almost certainly provide a new context for the reader. Similarly, the collection of old cases is both an intriguing glimpse into the evolution of free speech in the US and a critical piece in understanding the current state of First Amendment protections.

Though not a breezy read, Free Speech Handbook tackles the ins and outs of free speech protections in a clear, accessible format. Thorough, informative, and fascinating, this little graphic novel should be on the to-read list of everyone who benefits from the remarkable evolution of First Amendment rights. 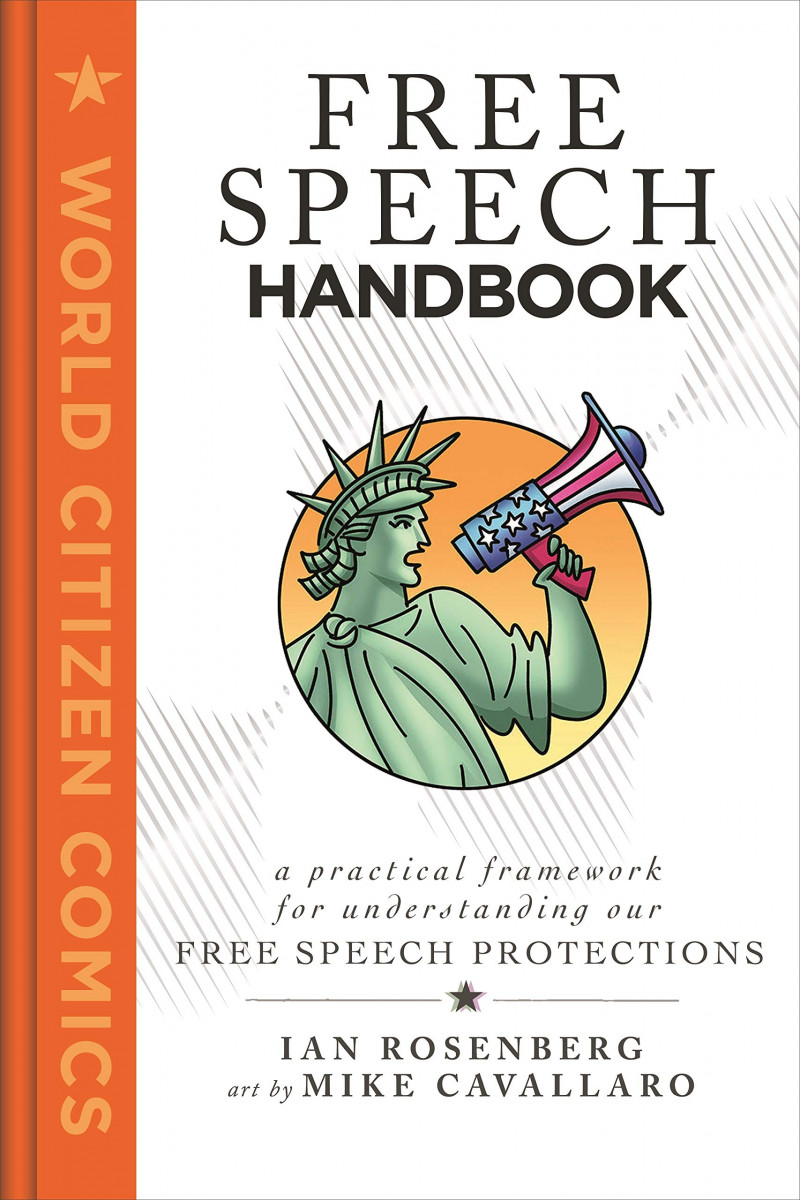