In Snowpiercer, the entire world has been frozen solid. The last of the human species is all aboard on a train, a train whose engine is eternal. The train is extremely long, and split into various sections - at the very back of the train, people like Curtis (the main character) are left with the worst conditions - having no proper source of food, water, or shelter. They are beaten up whenever they fight for themselves or their children - we see a man who tried and fought to keep his child, punished by having his arm frozen solid and shattered right from the start. As you move more towards the front of the train, the class gets higher - there is an aquarium, restaurants, a classroom, a club, and then at the very front, sits the wealthiest man of the train - Wilford. Wilford created the eternal engine after realizing a long time ago that the world would be frozen solid. The movie follows the story of Curtis, and how he rises to leadership as him and the rest of his people try to reach the front of the train.

If you love movies with plot twists, this is the movie for you. All of the various plot twists is what I think made this movie so different and so special from other movies that I have watched. The plot twists are not predictable in any way. The things that end up getting revealed within this film are so utterly disturbing and shocking, and it ties together so well with the overall theme of class difference.

The way that Bong Joon-Ho differentiated the different classes within this film is fascinating. The entire beginning of the film focuses only on the people at the back of the train, and the front remains a mystery. The film therefore starts off super dark, with no windows or natural light present. Everyone is wearing extremely dark and dirty clothes, and their faces are always in a position of fear or anger. When the higher class is presented on the screen, they are wearing extremely colorful and bright clothing, and the lighting is much brighter, showing off their setting, clothing, food, jewelry, and more. As the film progresses and more light is presented, and it is amazing to see the contrast - as the passengers move towards the front of the train, more light is shown, but the actions and themes get darker and darker.

This movie is a must watch, another one of Bong Joon-Ho’s masterpieces. The lighting and coloring of this film is able to transport you right into the movie, feeling as if you are sitting in the darkness with Curtis or walking around in the bright and colorful wealthy areas, and the plot twists and themes presented will leave you with your jaw on the floor. 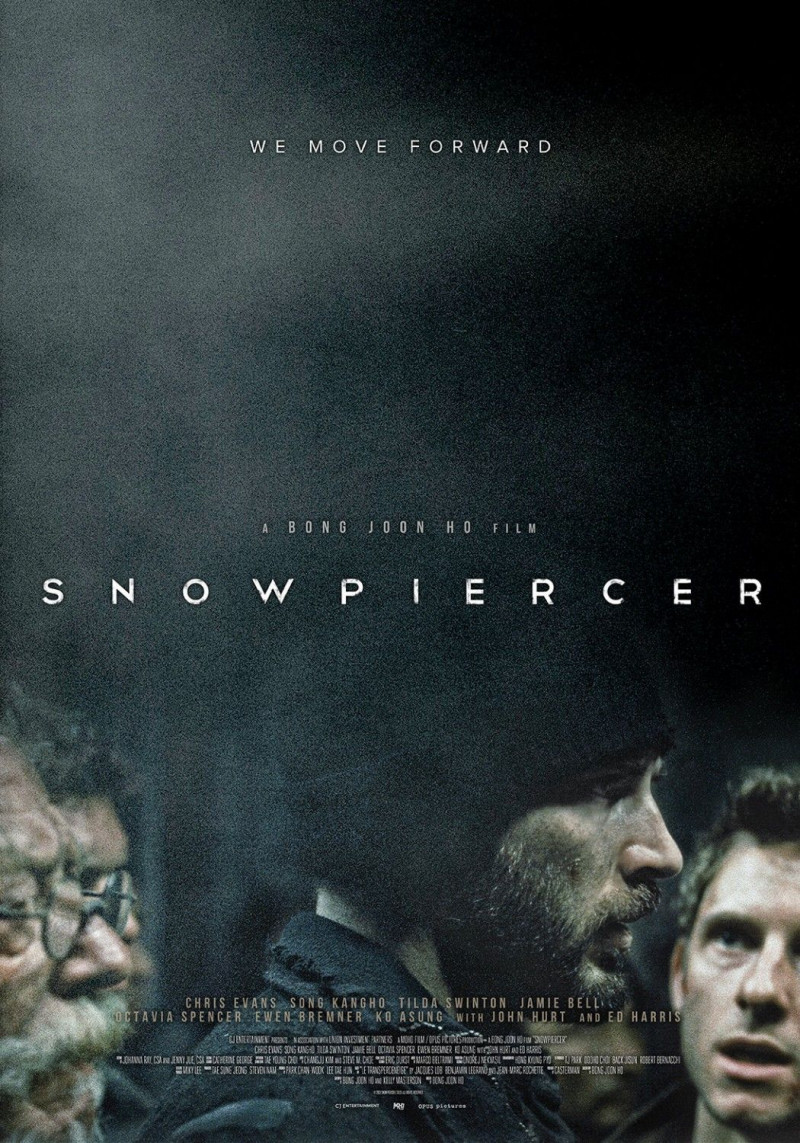 "Once Mr. Bong sets his monorail in motion the movie assumes an irresistible momentum, accelerated by nonstop mayhem, gallows humor and an immersive visual style that possesses a heady sense of the steam-punk Apocalypse." -John Anderson