Favorite Quote:
"It's not your fault, It's not anyone's fault. We're just humans and we're doing what we can do." -Kim Namjoon

The animated short film “Hair love” was directed by Matthew A. Cherry. The film itself is very emotional. I would watch this film again and again, because it’s rare when a film is about a bond between a father and a daughter. Considering that the film is pointed towards the father’s point of view, it’s safe to say that the film may be pointed towards single fathers who struggle in the aspects that a mother usually does.

The plot of the film is that Zuri (the little girl) is trying to do her hair by watching a tutorial on the hairstyle that she wanted. Her mom always did her hair in the past and now she was trying to learn on her own. Obviously being inexperienced, her father sees this and suggests to just put it up instead. She really wanted to do her hair so she told him to do it. He struggles and gives up. She gets upset, he feels guilty, then he watches a hair tutorial video on her Ipad, the video motivates him and he gets to work. Satisfied with the results they leave where they got to go and it’s a satisfying ending to me.

I personally like this film because it brings me a different perspective on a father. It makes me realize that not all dads are the same. I also love it because it reminds me of my own mother and how she used to do my hair. I loved it and those small moments made me think about myself with my mom. I would definitely recommend it. 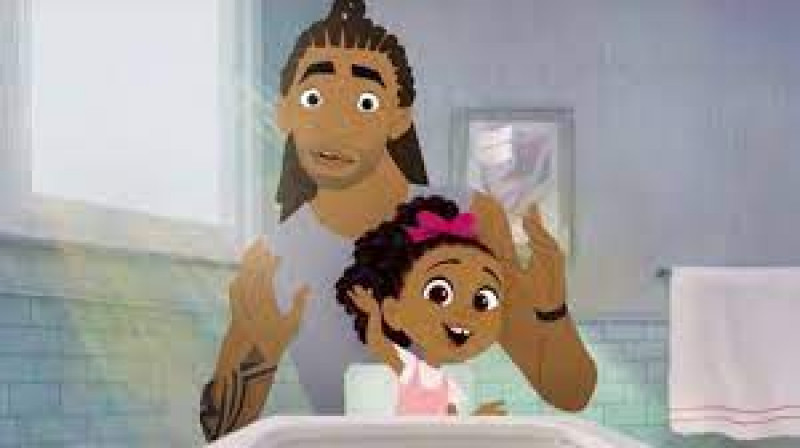