The Penguins of Madagascar is a family comedy movie released in November of 2014. It was directed by Eric Darnell and Simon J. Smith. This movie overall is a funny thriller to watch for both young and old. This movie is the newest of the Madagascar collection, featuring only the four penguins.
The Penguins of Madagascar will take you on an adventure with the penguins entailing many twists and turns throughout. The plot of the movie takes you back to the Madagascar movies from before where the penguins ended up in the New York Zoo. While they were there, their adorableness captures the attention of all zoo visitors, leaving Dave the octopus shoved in a corner. Doctor Octavious (Dave the octopus) has a mastermind plan of distorting all penguins out of revenge for this. Skipper, Rico, Kowalski, and Private, the four penguins, must work together to stop Dave. While trying to do this, they come across another team called the North Wind who are also after Doctor Octavious. The North Wind appear to be more sophisticated and advanced than the penguins and therefore it is very hard for both teams to work together on this mission. In the end, when one of the penguins needs help the two teams work together to save this penguin. After many ups and downs, fights, near death experiences, and explosions the penguins work together and accomplish their goal. Throughout the movie, there are important lessons being learned about bravery, judgement, teamwork, inclusion and much more.
The Penguins of Madagascar is an animated film that is very well done and put together. It is quite predictable and therefore not as thrilling for older people.  For me personally as a teen, I did enjoy the movie but would have liked to see more parts that were funny with comedy and less action type scenes. With the action scenes also come many explosions and chases which may be scarier for the younger viewers. The characters are cute, and the movie is full of bright colors for the most part. When things get scarier, the colors and sounds tend to go along with this.
Overall, I recommend this movie to any family looking for a fun film. It is an action-filled comedy that will keep the whole family entertained. 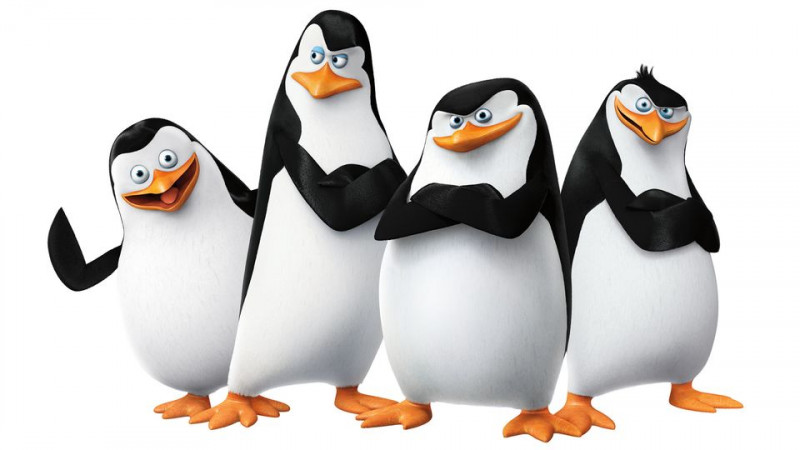