Not many things can compare to spending a chilly night in a cozy Soho movie theater, wearing chic fall clothes and watching a French film about, really, the most chic lady ever: Coco Chanel. That's what I did soon after “Coco Before Chanel” premiered in New York City.

Due to its limited release, not many people have seen the movie, although there has been some buzz. Audrey Tautou, well known for her roles in “Amélie” and “The Da Vinci Code,” plays the young Coco Chanel. The film replays the events and people who influenced Chanel's personality and her fashion revolution, from her humble beginnings as a seamstress and bar singer to her rise as a top fashion designer.

The dark yet delicate and romantic filmmaking of director Anne Fontaine unmasks the very real person behind the glamour of Chanel. And like many French films, love is clearly a central point. Coco Chanel's early encounters with love are shown to have helped form her opinions of the way a woman should dress. Her clever comments on the ridiculous frills, corsets, and feathers of the husband-hunting women of the late nineteenth century develop into a standout fashion statement: simplicity is elegance and women should dress for themselves.

High fashion and great acting are both an attraction in the beautiful and undeniably chic film “Coco Before Chanel.” 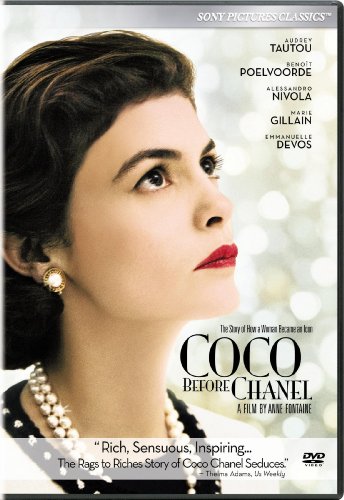 
Buy from Amazon Available on iTunes
The author's comments:
I love watching foreign films in Manhattan and fall is probably the nicest time to do it.
Post a comment
Submit your own