Favorite Quote:
"Don't be the wave that crashes." "Get in my belly!"

The 2011 reboot of Footloose follows the story of a city boy who moves to the small tragedy-stricken town of Bomont, where loud music and dancing have been banned.

Footloose is mostly known as a 1984 dance-flick classic that most parent’s of teens of this generation cherished as teenagers themselves. Director Craig Brewer kept true to the “sacred ground” of those scenes, with some exceptions to change of dialogue here and there and a few parts switched around. For instance, Ren and Willard’s conversations are made more up to date with how teens of the 21st Century speak and think. The scene of Ariel getting a slap to the face is in the town’s church rather than the kitchen of her home, and the accident that took place is played out at the beginning of the film unlike only hearing about it in the '84 franchise. Playing a part in switching a few scenes around, the fight during the senior dance between Ren and Willard against Chuck and his buddies didn’t seem to fit quite right like it did in the first movie.

The filming was great. Feet clad in heels and converse was a feature at the beginning of the original film that brought smiles to people’s faces. Although the style of those shoes change, the camera capturing those feet grooving is something that will bring smiles once more. Songs from the classic make an appearance, such as “Let’s Hear It for the Boy”, “Holding out for a Hero”, and “Almost Paradise”. Choreographer Jamal Sims made the dancing fun and edgy to these covered hits. Dancing is of course modern and up to date. The pieces were filmed for the audience to feel like they themselves were on the dance floor; camera shots flipped back and forth, giving perspective all around.

Actors Kenny Wormald, Julianne Hough, Miles Teller, and Dennis Quiad filled the roles of their characters beautifully. Wormald and Hough, replacing the former Kevin Bacon and Lori Singer, took on the roles of Ren McCormack and Ariel Moore head on. Their tension and chemistry was played out to perfection, showing their rebelliousness and sarcastic ways in all that right parts.. The sexy Boston accent of the reinvented Ren, one that Bacon did not possess, will have hearts melting. The hilarious red-neck sidekick Willard, played by Teller, is more comedic than ever before. Dennis Quaid plays the strict Reverend Moore, living up to the stereotypical attitude of being a Reverend and having a teenage daughter.

Overall the reboot deserves four out of five stars. Brewer could have been more creative and put in more of his own work within this remake rather than having the film basically be a carbon copy of the first. If there was love for the classic there is bound to be love towards the remake. If it was hate instead, well then, it’s pretty self explanatory. The intense dance scenes, funny spiels from Willard, blackened eyes and games of chicken, and an unforgettable kiss shared in the sunlight will make the 113 minute long film fly by. Snapping of people’s own fingers and tapping of shoes will be heard throughout the theater no doubt. 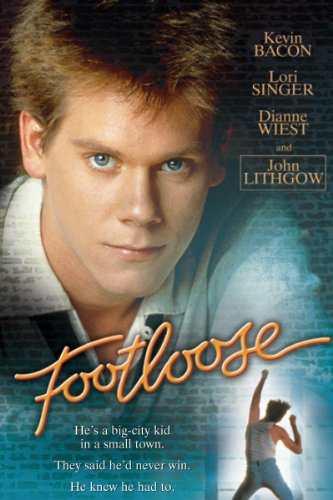