James Cameron has returned from the deep abyss that was Titanic to create something truly remarkable. Avatar is a film shot in digital 3D, however it far succeeds, in terms of technicality, films at the same time of its release, such as Beowulf and UP. It really is a marvel of architecture; the expressions on the faces of the characters are bloodcurdlingly un-canny, and the same goes for the environment in which they live in. However, there are some downfalls of this film. For example, the story plot is exceedingly bony. It is very easy to get caught up in the beauty of this film, and forget about the cliché full narrative that, frankly, if you noticed how bad it was, leaves you feeling like a bit of a sucker. It follows an ex-marine named Sam, and is set in the decade of 2050. It starts on board a space ship that is approaching a fictional planet named 'Pandora'. We later learn that it contains a very valuable substance (hence the name Unobtanium), and thus why the Americans decide to invade. Sam is chosen to lead the mission, and this is where the 'Avatar' comes in. It is basically a suit that he wears during the time he is in the simulation pod (that allows him to travel to Pandora) which disguises him as one of the 'Na'vi' (the species native to Pandora). His goal is to persuade the Na'vi to move away from their settlement, which happens to be stationed on top of the largest deposit of Unobtanium on the planet. However, in typical fashion, he falls in love with one of the indigenous, and we have a classic story. Without giving away too much, we end up with a happy ending that, like I said earlier, fails to satisfy. However, if you manage to ignore the story, and just marvel at the CGI, you will be pleased. This is the one movie you have to see on the big screen though, and if you can, see it in 3D. In short, it's the cherry without the cake; glamorous, but with the essential bits missing. 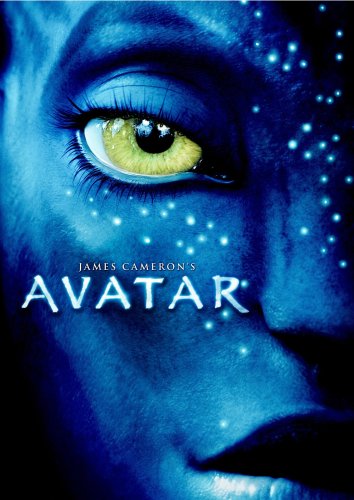