“The Hunger Games,” based on the best-selling book series, is an amazing adaptation that will surely satisfy everyone.

In case you've been living under a rock, I'll summarize the plot: The story takes place in the post-apocalyptic future in the nation of Panem, which contains a large and wealthy city called the Capitol, and is surrounded by 12 less fortunate districts. Ever year, the Capitol hosts a televised event called the Hunger Games, where one boy and one girl from each district are chosen by lottery and forced to fight to the death in an arena until only one victorious “tribute” remains.

When the protagonist, Katniss Everdeen, learns that her sister has been selected to participate in the 74th Hunger Games, she volunteers to take her place to spare her life. Peeta Mellark is the other tribute chosen from District 12. While they are training and preparing for the games, Katniss learns that Peeta has loved her for a long time. So when it is finally time for them to enter the arena, Katniss has to decide between love and survival.

Jennifer Lawrence, who plays Katniss, is amazing. In my opinion, she gives Katniss a passion and emotion that no other actress could have done better. When one of her allies dies, she does a great job portraying her sadness. Throughout, Lawrence displays a lot through her body language so we can clearly see her feelings as she sprints through the forest during the Hunger Games.

Josh Hutcherson, who plays Peeta, is just as delightful to watch. He displays physical fitness as he fights, and shows his love for Katniss with amazing emotion. When Peeta tells Katniss how he feels about her, you can feel the chemistry between them.

Overall, “The Hunger Games” is one of the best films I have seen. The storyline is interesting and believable, and all the actors show the perfect amount of emotion. I would recommend this movie to anyone. It doesn't matter whether you love science fiction or romance, since this movie has everything. 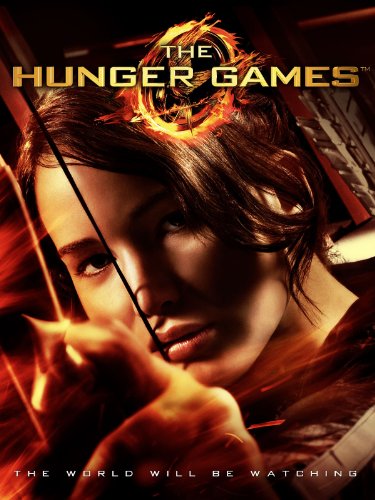 View profile
Great review! I love how you analyzed the actors/actresses and the way they portrayed their roles! Excellent!
rheame said...
on Dec. 18 2013 at 5:59 am
rheame, Anand, Other
0 articles 0 photos 64 comments

View profile
wow ! lovely review! it really creates an urge in me to watch the movie.you have summarised the whole storyline in a nutshell. that is really commendable . well, keep it up !!!!!!
CountryMusic said...
on Mar. 25 2013 at 9:17 pm
CountryMusic, Dolores, Colorado
0 articles 8 photos 59 comments

Favorite Quote:
"The quietest people have the loudest minds."

View profile
I like this movie review. I haven't really read/watched it but I think you made it interesting. I also liked the part where you address the comparison between Twilight and Hunger Games. I think you did a good job in this article...
Belen BRONZE said...
on Apr. 28 2012 at 10:12 pm
Belen BRONZE, Panama City, Other
1 article 0 photos 2 comments
View profile

Great review! I read these books and watched the movie and loved every bit!