Prometheus is a recent blockbuster from director Ridley Scott, which turns out to be his return to the sci-fi genre after 30 years, and this return to the genre is a big- and noteworthy -one. Another installment into the Alien franchise, Prometheus is set 30 years before Alien, telling the tale of the crew of the Prometheus, a trillion-dollar project funded by the Weyland Corporation to search out beings called "Engineers," who are the supposed creators of humanity. When they find a planet that is believed to be their homeworld, the crew discovers that this planet (LV-223) is nothing of what they expected, and their quest to find humanity's beginning could be our end.

Masterfully directed by Ridley Scott, his return to the genre showcases an epic of galactic proportions, while keeping the creepy, frightening tone of an Alien film; you could say he re-invented the sub-genre of sci-fi horror once again (having done so with Alien in 1979), making half the film an interesting, sci-fi discovery epic and then transitioning into a bloody, terror-filled horror epic. Writers Jon Spaihts and Damon Lindelof created such a mysterious and incredible script that it was a little too mysterious, having plenty of questions unanswered, but that was actually something needed, as this film can be created into a trilogy, with questions being answered in the next two installments. The acting is noteworthy, especially when it comes to Michael Fassbender as David, the android David 8 created by Peter Weyland; if Fassbender doesn't receive the Oscar for Best Supporting Actor, i don't know who can. Noomi Rapace was amazing as Elizabeth Shaw, the lead of the film, who plays one of the archeologists who discovered the star map, or invitation, to locating the "Engineers." The emotion and terror of the actors and actresses was all there, and it was real; there was never a dull moment. The grandest, most noticeable achievement of Prometheus is the visual effects; they far surpass those of James Cameron's Avatar and plenty of films that have been released since then. There was no moment when the CG began to lack; it was always perfectly detailed and accounted for where needed.

Overall, Prometheus is, by far, the second biggest film of 2012 and a vital piece of cinema, having asked some very difficult questions with fewer answers. If the film is made into a trilogy, it could become one of the most classic science fiction trilogies ever devised, as the first one (i would have to say) is an instant classic. Definitely Oscar-worthy effort, and a must-see. 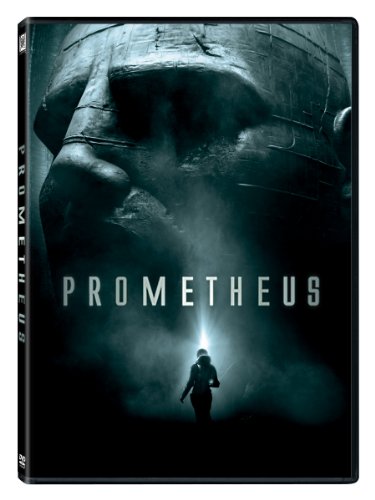 
Buy from Amazon Available on iTunes
The author's comments:
Honestly this film could easily be nominated for six, seven Academy Awards and win at least three of them. I never would have thought Ridley Scott's return to science fiction would be so grand; Prometheus is more classic than Aliens, but not as classic as Alien; give it more time to reach that point
Post a comment
Submit your own

View profile
I forgot to mention, Idris Elba as Janek was my favorite in the film; the heart and mind of the team. Plus his acting was superb