What Happens in Vega$ | Teen Ink

What Happens in Vega$

Last Saturday night my fsmily and I were at Target when I saw the newly released movie, What Happens in Vega$ for sale. We had no plans for the night, so I suggested we purchase it. It turned a normal boring Saturday night into a comedy!
The movie stars Ashton Kutcher and Cameron Diaz. They are two people down on luck. Ashton Kutcher who plays (Jack) was jus fired from his job, by his father, and Cameron Diaz who plays (Joy) was dumped by her fiance while she was throwing a surprise birhtday party for him. They each headed out for Las Vegas. Here they woke up to find out they got married to each other after a wild night out. After agreeing to get an annulment Jack wins a three million dollar jack pot, using Joy's quarter. The two went to court and were sentenced to six months "hard marriage." The two try to win the money from the other, but in the end they realize they are really in love!
I would recommend this movie to teenagers and adults that like a good romantic comedy. I found this movie to be surprising by the ways they try to cheat each other out of the money. I suggest purchasing this DVD as it is a mvie you could watch over and over! 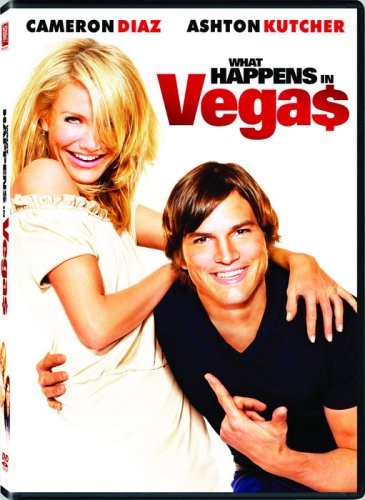 
Buy from Amazon Available on iTunes
The author's comments:
I was inspired to write this review by my Language Arts teacher Mr. Hudson. He always encourages us to write to improve our skills!
Post a comment
Submit your own