We all know the basic story of Robin Hood.

Sheriff of Nottingham=dumb and cruel.

And while this film adds more depth to these characters, it also makes a few other interesting embellishments.

It begins with Robin's father, Lord Locksley, being killed by the sheriff (Alan Rickman) and his minions (who we never see again...), whilst his son (Kevin Costner) escapes an Arabian prision with the help of a fellow prisoner, Azeem (Morgan Freeman).

Upon returning to England months later, Robin and Azeem find Robin's home a pile of rubble, his father's corpse hanging from the front gate, the chief servant (Walter Sparrow) blind, and the sheriff running the whole countryside. That is, except for the haunted forest of Sherwood.

Pursued by the sheriff's cousin, sir Guy of Gisborne (Michael Wincott), Robin, Azeem, and the servant retreated to the forest to discover a band of outlaws. Outlaws very talented with highway robbery, trapping, and archery.

But one must wonder how a rag-tag bunch of men are going to save their homes and families from the sheriff when Azeem asks Robin how his uneducated kind ever took Jerusalem.

I like how this adaptation put more flesh on the characters, so it wasn't just 'oh, by the way, this person is evil and that one is good'. For instance, Marian points out that Robin used to be the local bully.

I give this film points for historical accuracy (though sometimes that's not a great thing).

Robin befriended Azeem, a Moor, on his journeys, and all throughout the film there are instances of them defending each other, both in battle with the villains and in arguments among Robin's men (There are scenes of Azeem praying and he mentions 'Allah' quite a bit).

Humor is slipped in adaquately, and the plot twists are entertaining. The characters bounce off each other well.

Lots of cussing, a scene where Marain and her maid servant come upon Robin bathing under a waterfall (they're far apart and only Robin's back is shown), the sheriff's witch/step-mother, Robin's illegitamite brother, lots of violence (though presented in a rather Spielburgish way), and a birth by Ceasarian section.

The sheriff (after being married to Marian) attempts to have sex with her. He also has concubines.

Leave it to your concience. 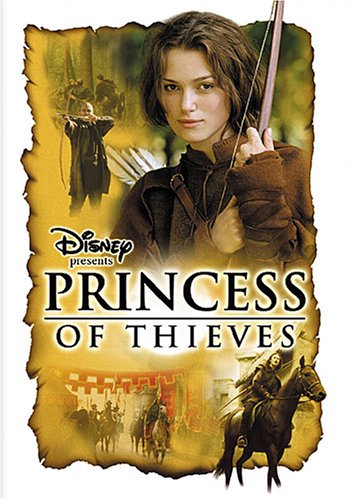