Simon Birch is a film that has the unmistakable stench of a boardroom attached to it.

What I mean by this, is that it all feels artificial, and while some of the moments in the film are indeed quite emotional, they are also extremely cut and paste scenarios. Ones that you can see coming from miles away. The plot also feels very disjointed, as it relies very heavily on coincidence as opposed to things that are expected to happen, and while one may argue that this goes with the overall theme of the movie itself, it doesn’t prevent it from tearing apart your suspension of disbelief… Very quickly.

For example, towards the middle part of the film Simon is playing baseball. Usually, Simon never swings and just gets walked every time, but since the team is getting tired the coach makes him try swinging. Our young hero lets the first three balls go, before swinging at the third one and managing to land a solid hit. Now, you may be expecting your token ‘little guy actually packs a punch’ scenario that would maybe get a chuckle, but instead the movie takes a bizarre and ironic turn for the worst, as the ball implausibly flies off to the side and strikes Joe’s mother, who just SO HAPPENS to be walking by at the time, in the head. Even stranger than this, the ball actually ends up killing her instantly.

In reality, people have been struck in the head in the MLB and at the very worst experience a severe concussion, but here the ball was traveling at a very low velocity. If these kinds of things were capable of killing people, baseball would probably be outlawed. Why use this as a way to kill off the mother, when you could just as easily put her in a car accident or something of the sort? Oh yes, there’s a subplot about Joe wanting to find his real father in here somewhere that ties in with the baseball debacle.


“It’s necessary now, isn’t it?!”
Cries the movie, desperate to gain acceptance.
“Oh really?” I retort coldly. “I believe that’s because you forced it, and not because it was actually necessary, Simon Birch!”


Speaking of necessity, at first everyone who is in the church staff in the beginning seem like the most un-Christian people I could think of, doing things like demanding forced labor, berating Simon, and plenty of other nasty things of the sort.


“Hmm…” I ponder, rubbing my chin thoughtfully, “This seems awfully, oh what’s the word? Contrived.”
Yes, that is it. This movie just feels contrived! Everything in it is made to serve the plot like a servant to his unforgiving master. None of it blends together in a coherent way, and all you end up with is a mess of scattered emotions, dumb jokes and Jim Carrey cameos. If I wanted a complete mess of a plot, dumb jokes and Jim Carrey I would watch Ace Ventura: Pet Detective!

Okay, one last gripe before I move onto the things it did well… I promise. This time, it’s the ridiculously forced jokes. While some work, most tend to fall flat on themselves, since the whole setup makes little to no sense. I remember one scene in particular, where Simon and Joe were looking into a bag to see what’s inside and come across a stuffed armadillo. Do they simply take it out of the bag and look it over, like any curious kid would? No. They start screaming unconvincingly in that ‘kid movie tone’ that makes you roll your eyes. It seems that the Johnson brothers who directed this film were trying to go for a Home Alone sense of humor in some ways, but just couldn’t do it correctly. There was also another scene where Simon is made to look like a complete pervert, so that doesn’t exactly make him any more endearing to me.

Now for the good bits. While I felt that just about everything fell on its face in this movie, some of the acting was pretty good. The reverend and Joe’s stepdad in particular played pretty good performances. Also, some of the jokes can be a little funny if you look past the fact they’re trying way too hard to be funny. And lastly, the movie is pretty emotional towards the end. Was it effective one me? Of course not! It takes well developed characters, plot and likeability for me to get emotional during a movie. However, it did make one of my friends cry so I suppose I might be missing something.

Overall, Simon Birch is a film that tries way too hard to be something it isn’t. And what the directors intended to become a cult classic or popular family movie turned into a mess of incoherent writing. Although I guess the film is harmless overall, and has a pretty good message to it.

Plus, now I know Ace Ventura’s sad backstory. That’s a plus, right? 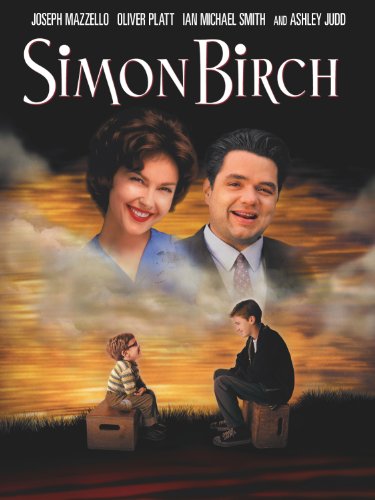