Once upon a time, there was a boy. The boy had been in an orphanage for nearly all his life after his mother abandoned him on the front step. This boy, Peter (Levi Miller) isn't afraid of the scowling nuns that run the orphanage, or the bombs exploding outside as fighter-planes fly overhead. And he isn't afraid of letting them know that he isn't afraid. And he fully expects his mother to return and save him. But before that can happen, he and several other boys are kidnapped by pirates - in a flying, time and space traveling ship - and taken to Neverland, to work the rest of his life away in the Pixum mines. Then comes the day when he flies.

This movie raises many interesting questions such as: What is home? What are friends? And what can happen if you believe? Peter has firm hope that his mother will return for him, or that he must rescue her, and will, no matter the situation. He is open, friendly and encouraging, even to those who don't appreciate it. He is also determined to help others, whatever the risk. Peter's new friends lunge into the middle of a battle to save him, as he does for them. A woman sacrifices herself to keep others free. There is no blood shed (literally. See below) The animation is superb.

The main problem I saw was the speed. It goes by way too quickly, with little time spared to build up characters or smell the roses. The jewels of fairies, Pixum, is used as a life-prolonging drug. Tiger-lily wears a couple revealing costumes. Hook says lying is being grown up. When natives are killed, they disappear in clouds of colored powder. There is a flashback scene depicting a woman being stabbed through the heart (still, no blood). There is moderate language.

Result: Not bad, but it would have been better if the script had been less franticly paced. 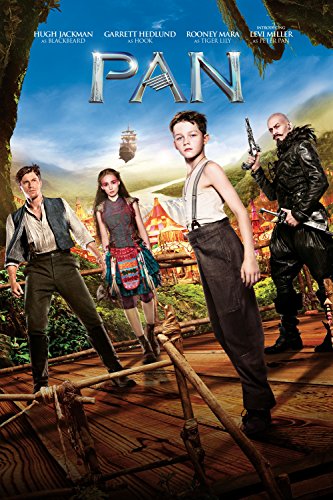 "Knowing where you're from, that's half of knowing who you are."