What's Going On, one of the original albums that got me into listening to albums rather than just songs. I thought it fitting for this reason, and also that it is one of the greatest pieces of music ever laid down on rubber, that it would be my first review on RYM.

It's the record that I feel Marvin Gaye transitioned from Motown's stylistic tendencies to a true soul artist in his own light. To start, there’s a noticeable difference between Gaye and his contemporaries in terms of his vocals. Although you could name many great r&b soul singers: Stevie Wonder, Sly Stone, Al Greene, in my opinion, Marvin tops the list. His charisma bleeds out of whatever lyrics he is singing; he’s begging, he’s yearning for whatever it is he wants, and in this record's case that is peace.

Context is important for those who listen to the album, as this record was a product of the tumultuous time of the Vietnam war. His brother was a large inspiration for this album due to the fact he was drafted and served time. The song "What's happening Brother" Marvin said was dedicated to him. Out of all the violence, hate, drug use, and racism that was prevalent at the time you can tell it was Gaye's ambition to make a record that was a concept album, with the concept of love at its heart.

Could some complain about the simplicity of the writing? How hippy-dippy he is in his execution? Sure, however doing so is completely missing the true nature and intention of this album. Despite maybe its lack of diction you still hear every emotion packed in every word as Marvin delivers exactly how you want it to be delivered. The vocals aren't just traditional vocals as I said, they are executed with grandeur only overachieved by gospel itself. It helps add an emotional depth to the introspective lyrics that many others couldn't due with the pallet of vocab Marvin uses. 'Flyin High' is a song about the ever-growing issue of drug abuse. How do you leave a world that has seemingly left you behind in the destruction? do some drugs so you are "Flying high without ever leavin' the ground." 'Save the Children' is a song where Marvin states the obligation that his generation has on helping the next one. 'God is Love' is about, you guessed it, religion. And he even tackles the mistreatment of the environment on 'Mercy Mercy Me (The Ecology),' which in my opinion other than the title track, is the true standout on the album.
You won’t find a more cohesive and consistent 36 minutes on any other record, but despite this, it still manages to bring a good amount of sonic diversity to keep you constantly enthralled with the heavenly sounding backing instrumentation that accompanies Marvins angelic voice. You could almost call this a jazz fusion album; the jazz influences are quite apparent. Saxophones, bell percussive instruments, tight orchestration, sonically it's as large as the problems it's undertaking. "David Hepworth described the album as 'like a jazz record not merely because it had jazz manners and was slathered in strings and employed congas and triangle as its most prominent form of percussion...But it's also jazz in the sense that... it plays like one long single.'"

Wholly holy is a great example of the brilliance of it. It simply takes me to another place. Right On, the song previous seamlessly transitions into the track. It losses its rhythm and creates this feeling of floating, rooted only by the constant tapping of a hi-hat. With such a bare space that allows the saxophone, the strings, the piano chords to come in, and they all slowly raise you into the air until you are amongst the clouds. It makes you believe that maybe there is this place of serenity that Gaye is longing for. This album then ends with a reprise of the opening track. It’s almost as if this is supposed to represent how the desire for peace is a never-ending cycle, a constant beacon transmitted through eternity. A beacon that will forever continue until everyone gets the freedom and love they deserve. A very relevant piece of music to the past year don't you think? What an incredible piece of art. 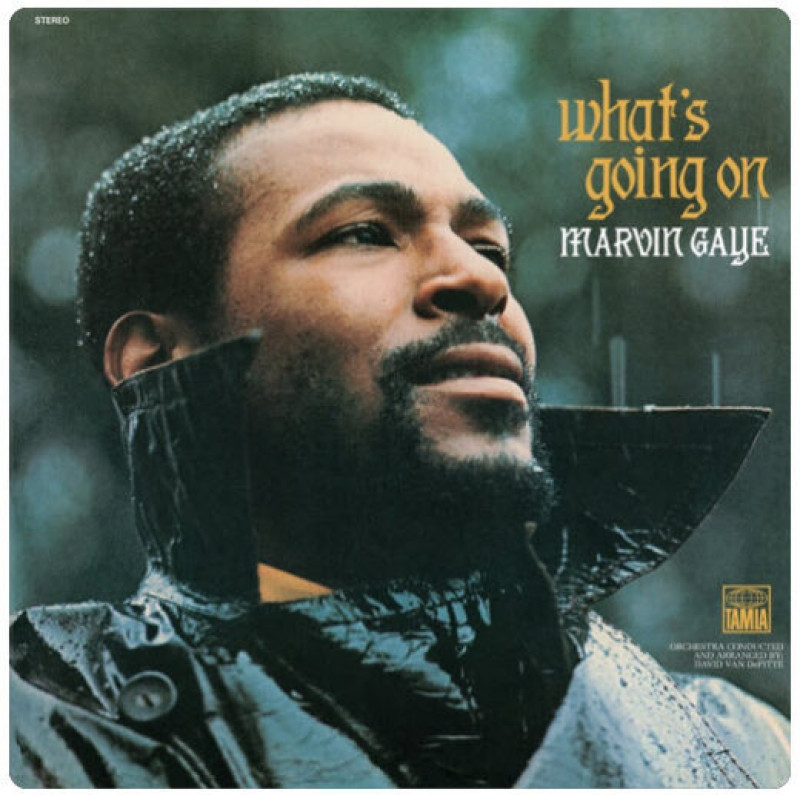 I implore those of you who see this to listen to the album, go for a walk maybe and take it in. It's an album that means a lot to me, and I plan to write more about others that do as well.

View profile
@Lydiaq I appreciate it. I actually did read up about it, awfully sad honestly. Drugs and depression really killed his want to live as well.
Lydiaq ELITE said...
on Jul. 9 2021 at 8:27 pm
Lydiaq ELITE, Somonauk, Illinois
163 articles 47 photos 1025 comments

View profile
Wow I am glad to see someone appreciating an oldie record. Did you know that he was shot by his own dad in 1984?