Favorite Quote:
“Life isn't how to survive the storm, it's about how to dance in the rain.” - Taylor Swift

When Taylor Swift hinted that she would be rerecording her first six studio albums on a mission to own her work, fans of the global sensation were eager to relive and rediscover Swift’s critically acclaimed catalog. After years of excitement, Swift finally announced that she would be releasing her first re-recorded album, Fearless, under the new title Fearless (Taylor’s Version). The album would include six new never-before-heard songs that were meant to go on the original track list, songs deemed “From The Vault.” The project was met with unprecedented success, including a number one debut atop the Billboard 200 chart and record-breaking vinyl sales.

Following the success of Fearless (Taylor’s Version), many fans expected her to release 1989, Swift’s Album of the Year winning pop bible from 2014, as the next re-recorded album. However, Swift shocked the world in June 2021 by announcing that Red (Taylor’s Version) would be released as the next re-recording in November. She also revealed that the tracklist would include all 30 songs that were written for the original project, including a 10 minute version of fan favorite All Too Well, and new collaborators including Phoebe Bridgers, Ed Sheeran, and Chris Stapleton. After 5 months of anticipation, the album was finally released on Friday, November 12th.

Red (Taylor’s Version) combines Taylor Swift’s songwriting expertise with her unparalleled versatility to form one of the most magical, enthralling, and heart-wrenching albums in recent memory. Throughout the record, Swift conveys feelings of longing, devastation, freedom, and hopelessness. The 11-time Grammy winner describes Red (Taylor’s Version) as a “fractured mosaic of feelings that somehow all somehow fit all together in the end.” This idea is prevalent throughout the tracklist, which is extremely versatile in its genres, themes, and lyrical content.

Red (Taylor’s Version) shows off every facet of Swift’s artistry; the tracklist contains upbeat pop anthems like the infectious 22, where Swift describes herself as “happy, free, confused, and lonely at the same time,” and one of 9 new “From the Vault'' tracks, Message In A Bottle, where Taylor sings over a teeny-bop backtrack reminiscent of Carly Rae Jepsen’s Call Me Maybe. Swift also pulls from her country roots to tell a story of rebirth on Grammy-nominated song Begin Again and to tease her past lover on I Bet You Think About Me, featuring first-time collaborator Chris Stapleton. By pulling from different genres on Red (Taylor’s Version), Taylor Swift shows off her versatility in ways that most artists can’t compete with.

Sonic diversity aside, the songwriting and lyricism on Red (Taylor’s Version) is breathtaking, artful, and impressive. Some of Swift’s best lyrics hail from the album’s opener, State of Grace. She sings “Love is a ruthless game; unless you play it good and right,” laying the groundwork for an album that touches on every aspect of love: the good, the bad, and the ugly. Other songs like Treacherous, I Almost Do, and Better Man contain some of the best songwriting seen over the past decade. Another notable track is Swift’s duet with Phoebe Bridgers, titled Nothing New, that combines both singers’ unique styles to create a vulnerable and intimate confession of insecurity.

However, out of every masterful song on Red (Taylor’s Version), one track reigns supreme: All Too Well (10 Minute Version). Swift tells the full story of a relationship turned sour, where she practically begs her ex to feel the heartbreak as much as she does. New lyrics on the extended version take a perfect song and make it better; heartbreaking lines like “You kept me like a secret; but I kept you like an oath” and “Just between us did the love affair maim you too?” flesh out a story fans have related to since the original All Too Well’s release in 2012.

Since its release, Red (Taylor’s Version) has been met with unprecedented success. It shattered the record for debut streams for a female album, with over 90 million. (The record was previously held by Swift’s own folklore with 80 million.) Additionally, All Too Well (Ten Minute Version) has sat atop the Spotify Global Chart and the Apple Music Chart every day since its release. For an album containing mostly songs previously heard by fans, the widespread success of Red (Taylor’s Version) is proof of Swift’s global domination in the music industry.

Despite slight changes in a few of the rerecordings that put them below the original, Red (Taylor’s Version) improves greatly upon what many consider to be Swift’s best work to date. The “From the Vault” tracks breathe new life into a project fans and critics alike have praised since 2012, but never overshadow the incredible songs on the original version. Red has always seemed to be Taylor Swift’s favorite album of hers, and will likely become the world’s favorite too. 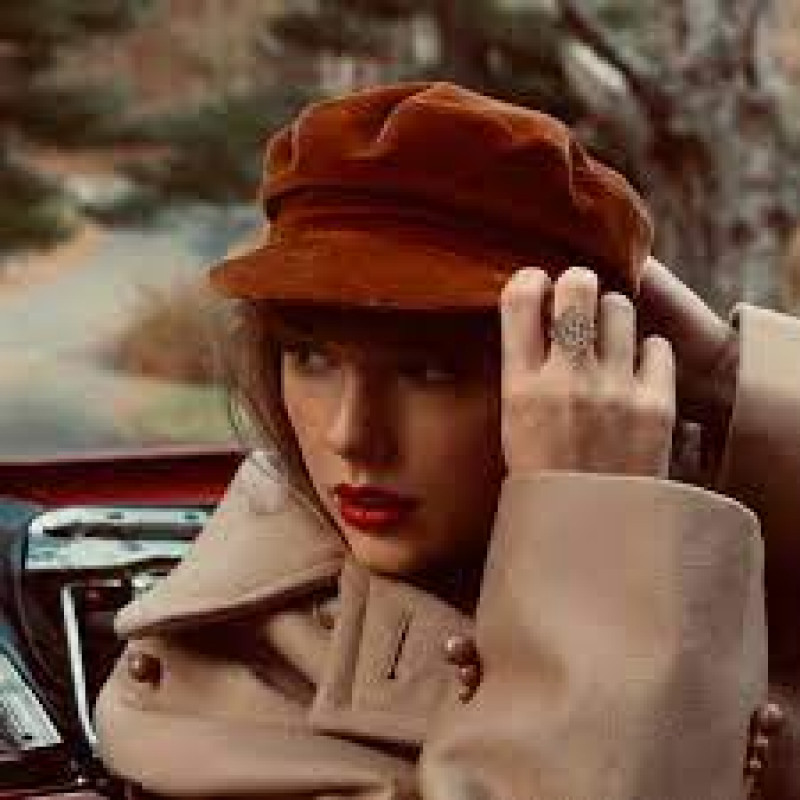 Hi, my name is Colin H. I'm a junior from Pennsylvania and I love to review music.