2 words astonishing and breathtaking. Those are the words that describe Johnny Orlando’s most recent album Its Never Really Over. Johnny Orlando is a 19-year-old Canadian pop singer/ songwriter. He started singing at just 6 years old and has now become much bigger in the song business winning the MTV award for best Canadian act for 3 consecutive years in a row,  having many sold-out concerts, as well as gaining lots of attention on youtube throughout the years.

Johnny Orlando’s amazing album includes 6 tracks ¨Adelaide¨, ¨Bad news¨, ¨Flaws¨, ¨Phobias¨, ¨See you¨, and ¨Every body wants you¨ all songs that are full of relatable content especially for teens or teens becoming adults as he wrote this when he was just turning 18 to give a farewell to his childhood. Johnny states ¨ With this project I want my fans to feel the sense of security that I did not. I want them to know that everybody experiences the same terrifying reality of being thrown into the real world. There is a point in your life where you finally have to say goodbye to your childhood and your innocence this project is my farewell.¨

Out of the 6 tracks on the album ¨Flaws¨ is one of the ones that for me really hits home and I’m sure it would for you too if you are a teen who deals with low self-esteem. I think by Johnny Orlando writing this song I believe he wanted to show his audience that even if he has a big following and everyone might think he is perfect he too has flaws and that he’s just like everyone else. For example within the lyrics ¨If I made a list of my flaws I bеt it looks like everyone else’s We fill it right to the top, When will we ever stop?¨ It shows how he deals with self-confidence issues just like others his age. Another lyric in this song that is very relatable is when he sings ¨I know I’ll never be perfect So I’m not even gonna try. You see me smile on the surface But you only notice the highs And just cause you can’t see me hurting It don’t mean it’s all black and white ¨ I believe this is something we can all connect to teen or not because it explains that even if you think someone is happy on the surface that might not always be true we tend to cover it up with the mask of a smile. I highly recommend this song because it helps you realize that everyone no matter who you are can be unique in their own ways and we all think about the flaws that we have. Within the words of the song ¨Flaws¨, you will realize that you’re not alone in trying to be a ¨perfect¨ person and that its okay to be you.

If you are into songs about love you will really like some of the songs in the album as they show the struggles most teens have when finding their first relationships. One of those tracks being ¨Phobias¨ a song about his fear and paranoia of falling in love with someone because it could lead to a broken heart. Another song on the album includes  ¨Adelaide¨ within the lyrics it shows how hard it can be to miss someone you were once close with and how hard it is to see them with someone else. ¨Adelaide, wish I didn't think about you every day And know that you're with him just to get to me, and it gets to me¨ In these lyrics, he expresses how he’s trying not to think about her but it hurts to see her with someone else. Then there is  ¨ Everybody Wants You¨ a song all about his jealousness when someone else talks to the person he likes. Lastly, ¨Bad News¨ is a song about him and his anxiety about loving someone he’s trying to let go. One lyric that is I really connect to is ¨Long nights are getting longer Can't bury this anxiety It's only getting stronger¨ In the song he is specifically talking about his anxiety about loving her but this could be reliable in so many ways as many teens have anxiety.

The last song on the album ¨See You¨ was originally about the process of reconnecting with someone that he used to know. The song is written from the perspective of his direct conversation. Johnny says now the song has a different meaning as the song came out right as the pandemic started. He states ¨The concept for the video is basically just a reflection of my life right now, trying to communicate with people through social media or FaceTime and doing whatever I can to stay connected in such an uncertain time." This shows that the song now has a different meaning helping everyone realize that the struggle of the pandemic makes it hard to connect with others but we always find ways like phone calls and social distancing. The song couldn’t have been more perfect timing.

So if you are looking for an album full of songs about struggles as a teen becoming an adult by a teen in this situation Its Never Really Over is the album for you. 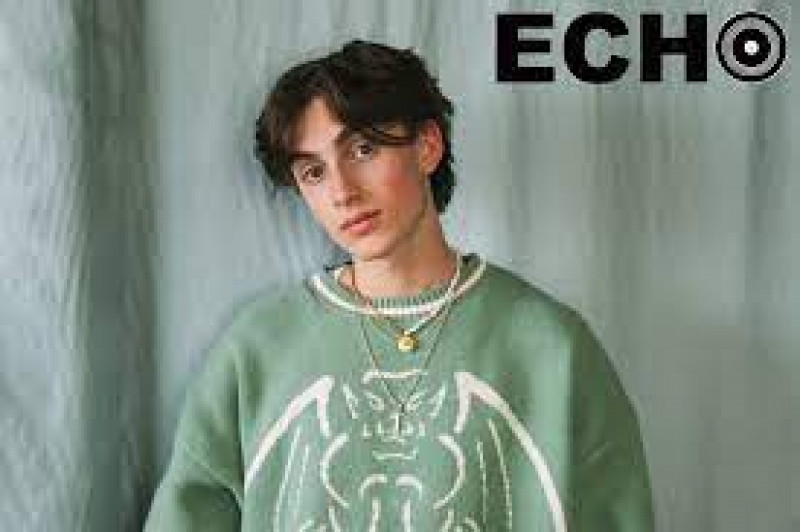