Coldplay – Viva la Vida or Death and All His Friends MAG

Coldplay really hit the spot for me with their most recent studio album, “Viva la Vida or Death and All His Friends.” I was mesmerized by the refreshing guitar chords, amazing voice, and mysterious and meaningful lyrics from Chris Martin, lead singer and frontman of this English rock band.

“Life in Technicolor,” the first track, immediately captures you with its fresh feel created by a breezy melody, accompanying guitar and drums, along with a few harmonizing hollers in the background. “Lost!” brings the guitar into a more important position, starting the song with a lovely organ ringing in our ears, and maintains a great beat with a loud banging drum and hand claps. The guitar solo gives a leisurely feel and carries us into another world.

The lyrics are important in every song on this album. In “Cemeteries of London” and the single “Violet Hill,” they add vivid images of scenery, for example, “the ghosts towns in the ocean,” and “my nerves are poles that unfroze.” The lyrics also illustrate war, peace, life and death, and religion, and are enhanced by Martin's poetic voice.

This album has been Coldplay's most successful, debuting at number one in 36 countries the first week after its release. To date, it has sold over 2.5 million copies in the U.S. and 8.1 million worldwide. This has given “Viva la Vida” the title of most-paid-for download of all time. It also won a Grammy for Best Rock Album.

“Viva la Vida” never fails to impress me every time I listen to it. The strumming of the guitar stays in my head, but it will never get old to me. The lyrics give the album a quaint feel, and I get goosebumps every time I hear “but that was when I ruled the world ….”

I absolutely love this album, and I hope Coldplay will continue to amaze me. With any luck, fans won't have to wait too long for another release. In the meantime, buy this album, and you'll feel all the glory that Martin sings about. 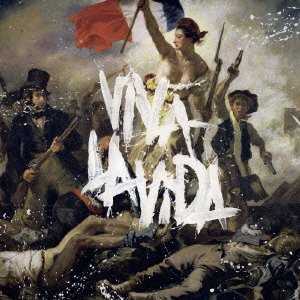 View profile
I LOVE COLDPLAY! The album is refreshing, and its different than other bands. Its easy to pull out from the crowd of music simply because it is GOOD. Strawberry Swing is really good, 2. I think i am coldplays #1 fan 4ever! LONG LIVE LIFE!
SagaLiSela PLATINUM said...
on Jan. 31 2010 at 2:06 pm
SagaLiSela PLATINUM, Boonsboro, Maryland
27 articles 27 photos 85 comments

Favorite Quote:
"I love you."

Or not that simple.

View profile
This is wonderful! I like Coldplay a lot, the lyrics are more poetic than other bands today.

Favorite Quote:
"There is no power, nor strength, except in God."

View profile
This is a great review of the album. Thank you!