The Glass Passenger by Jack's Mannequin

Favorite Quote:
"Sometimes we'd never know what's wrong without the pain. Sometimes the hardest thing and the right thing are the same."
- The Fray

"Therefore do not worry about tomorrow, for tomorrow will worry about itself. Each day has enough trouble of its own" Matthew 6:34

..."I have no time for fear, or people in my ear. Head down and running so fast, try not to dwell on the past. I'm fighting through this pain, and things I cannot change. Running right into the flame, rather than running away"
- Maroon 5

"You are never too old to set another goal or to dream a new dream."
- C.S Lewis

Jack’s Mannequin’s newest album “The Glass Passenger” was released in September 2009. With a beachy orientation, lead-singer Andrew McMahon belts out tantalizing lyrics.
They are known for their 2004 album titled “Everything In Transit” with songs such as “Dark Blue”, and “I’m Ready”. In the new album they seem to take a more emotional turn, through slower beats and inspiring lyrics. With a more serious album cover than before, depicting an artist playing piano, complements their new tone.
One much awaited song included on the album is “The Resolution”. This song uses lyrics we can all relate to such as “There’s a lot that I don’t know. There’s a lot that I’m still learning.” This song was made into a music video released earlier with the director, Stephenie Meyer. Stephenie, the author the very popular Twilight Saga, used many forms of symbolism, such as a heart made of rocks washed away on a beach shore. Another inspirational song on the album is “Swim”. This song uses swimming as a symbol for getting through the struggles in life. Andrew alludes to people “watching” you as a celebrity, the “lost politicians” in our current economic crisis, and many more. Other songs I enjoy from the 19 count track are “Spinning and “Annie Use your Telescope”.
I highly recommend this album. Fans of Jack’s Mannequin in their earlier years may admit that they have taken a different direction, but this new turn is worth getting used to. 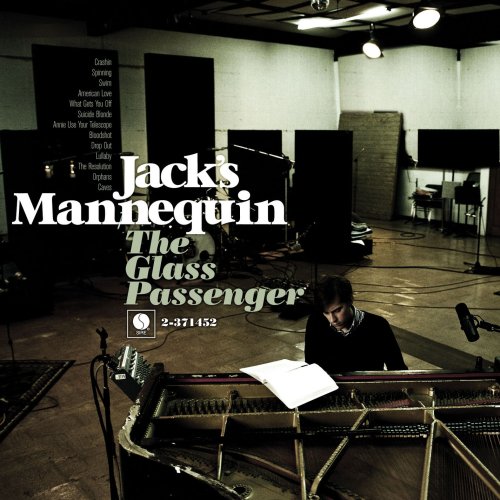