Favorite Quote:
"Our Deepest Fear is not that we are inadequate, our deepest fear is that we are powerful beyond measure"

The American Rock Music Band, Pearl Jam, which was formed in 1990 in Seattle, Washington, released their song "Jeremy" in 1992 from their debut album called Ten. The lyrics were written by leader singer/vocalist Eddie Vedder with the music having been written by bassist Jeff Ament. The song was their third single from their album Ten and reached the number 5 spot on the Mainstream Rock and Modern Rock Billboard Charts.


The song was written having been mutually inspired by two events that occured in lead vocalist, Eddie Vedder's life. On the morning of January 8th, 1991 at about 9:45 A.M a teenage boy from Richardson, Texas, who went by the name of Jeremy Wade Delle, (hence the song title 'Jeremy') shot himself during his English class.

After coming to class late that morning he was told by the teacher to go get a hall pass, instead he went to his locker, pulled out a .375 magnum, and walked back to class. He told the teacher, "Miss, I got what I went for," put the gun up to the roof of his mouth and fired. Eddiie Vedder had read up about the story in the local newspaper and was inspired to not only preserve Jeremy's memory but to also inspire awareness to all that one must live on despite all of the adversity because when you are gone the world moves on.

This song, "Jeremy," has a very powerful meaning and Eddie Vedder's voice is filled with so much passion and soul that it is sure to pull your heart strings to the limit.

In the beginning, the song describes a young boy "drawing pictures of mountain tops," which to me symbolizes the innocence of a boy in the world who wishes to escape from all of the drama and negativity that exists within. It says, " with him on top, lemon yellow sun, arms raised, in a V," his arms are raised upwards towards the sun, which I believe to symbolize the hope he receives from being alone in his own mind. A quiet place, a place where there is no life, for in the real world, life becomes the antynom to happiness.

As the song progresses, it describes how Jeremy isn't given any attention or affection by his parents but is instead neglected. This part of the song really spoke to me and I would hope it would speak to others in that it is very sad realization and truth in that those who love you the most tend to be the ones who hurt you the most. All the young boy wanted was to speak with his parents about his feelings, that he was scared and alone in the world. All he wanted was the love of his mommy and daddy. But to no avail, nobody would listen to him. He was alone, this is the feeling this song was able to envoke within my mind, heart and soul.

The song was also written in mind with another child-hood experience from Eddie Vedder's life.
During his highschool years he was a rebellious teenager and had often gotten into many a scrape and fight with one of his peer named Brian. Brian would later shoot at the students in an oceanography class although he did not commit suicide himself. I believe that a lot of the soul and heart-filled passion from the song was derived from the flicker of emotion within Eddie Vedder's heart, certain windows that had suddenly been opened and the light of inspiration flooded in to create this master-piece of a song.

In the song he says, "my jaw left hurtin, ooh dropped wide open," in my opinion describes this second inspiration for the song, in which it symbolizes the fights that he had often gotten into with his one of his peers. There is an interesting twist when he says, "just like the day, oh just like the day I heard," this refers to when Eddie Vedder reads about the tragic suicide of Jeremy Wade Delle and the pain he felt from reading about it equaled, if not exceeded the severity of when he had been hurt in those fights he had during his high school days. I find it very interesting how current events can summon the pain from the past.

Eddie Vedder ends the song by singing about trying to erase this memory from the blackboard whicih I have come to believe to not only give the meaning a classroom feel, which appeals to the context of the situation, (having occured in a classroom), but also as a symbol of wanting to forget what happened. Wanting to just erase all of the memories of that tragic cloudy morning.

This song really touched me where I had never been touched before. After listening to the song I just wanted to reach deep down inside of my heart and pull out some of the love I had within and just use it to bring back Jeremy Wade Delle and give him some of the love I had and show him that the world isn't the big bad wolf that it may sometimes seem. I would pull him out of the wolf's mouth and bring him back from the mountain tops and lead him out of the woods and bring him back from despair.

I believe this song could really reach out and touch kids and teenagers and speak to them. It would make them think twice about picking on the kids in their class because you just never know what they are feeling deep inside, and you may never know how they will respond.

This song truly is a master-piece and should be listened to by all. 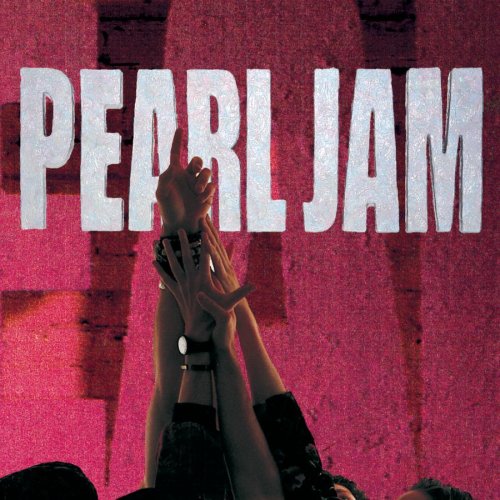 
Buy from Amazon Available on iTunes
The author's comments:
I have been through rough times, I have been picked on a lot in school, I have felt that pain from not being loved by one's parents and I too have contemplated the unthinkable. So I could relate to this song. Yet, through it all, all of those trials and tribulations have made me a stronger person, who I am today, and we should all rememeber that what doesn't kill you, will only make you stronger. Your families love you so very much and in this world that is all you really need.
Post a comment
Submit your own