Mongrel by The Number Twelve Looks Like You | Teen Ink

In a dark world of musical entropy where art is steadily going down the tubes, there is very little light to keep us from falling entirely into nothingness. Once respected bands are disgracing their very names by softening up and being radio friendly. One band, though, has yet to disappoint.
The Number Twelve Looks Like You, a mathcore band from New Jersey, scoffs and steps away from all of today's hottest sell outs with their album Mongrel. The word chaos is an understatement, to say the least. Mind-boggling drums, chaotic guitar riffs, punchy bass lines and piercing-to-gravely screams are just one piece of the poisonous combo that is Mongrel.
Despite the pandemonium of the album, songs like "Imagine Nation Express" and "Grandfather" are strewn with sudden breakdowns into groovy riffs and extremely catchy choruses. "Paper Weight Pigs'" flamenco bit will stay in your head for hours while the jazzy drums in "The Weekly Wars" will keep your feet and finger tips tapping.
As you could probably put together, the album is based on the concept of being a mongrel, or some mottled, mixed breed. This album was no less than a mongrel; the disorder doesn't stop until the last, unpredictable song "The Try (Thank You)". As to stray from bands who are lightening up in heavier genres, The Number Twelve Looks Like You have stepped it up a few notches and riddled Mongrel with nonstop heavy chaos and intricate mixes of melody and disharmony.
I downloaded this album and loved it so much, I bought it shortly afterward. So, if you're a fan of The Mars Volta, Blood Brothers, Dillinger Escape Plan, mathcore in general, or you&#39d just like to step out from what your radio and TV tell you to like, give Mongrel a listen. 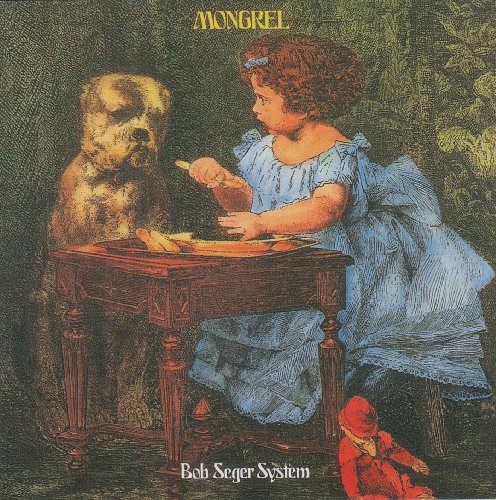