What joy I had when Green Day's 21st Century Breakdown came out. I've been a big fan of them since forever. Eversince they're breakthrough album, American Idiot, these punks from California have become an iconic band. Green Day consists of Billie Joe Armstrong, Mike Dirnt and Tre Cool.

21st Century Breakdown is the story of two lovers Christian and Gloria, who live in post-Bush Jr. era. Armstrong describes Gloria and Christiian. " I look at Christian and Gloria, and it's me. Gloria is one side: this person trying to hold on to this sense of belief, still trying to do good. Whereas Christian is deep into his own demons and victimizing himself over that."

Songs like " East Jesus Nowhere, Peacemaker, or Vive La Gloria, make this album another classic for this punk rock band. 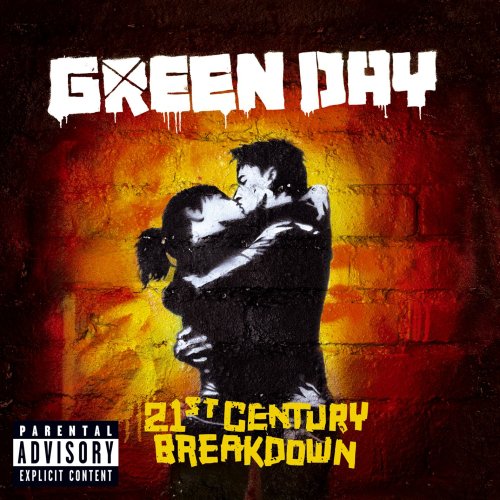 
Buy from Amazon Available on iTunes
The author's comments:
Resources: Wikipedia
Post a comment
Submit your own

Favorite Quote:
We choose the love we think we deserve ~The Perks

View profile
I have an unhealythy obsession with this band. Its to a ppint where I think if i made a live show I'd pass out no mattter how from the stage I am lol. This albulm is amazing. Such a unique and distict sound; my how much they have grown from Dookie and Kurplunk! I love it. I live it. Green Day <3333
pretty__ SILVER said...
on May. 11 2010 at 12:47 am
pretty__ SILVER, Menlo Park, California
7 articles 0 photos 9 comments

Favorite Quote:
Never let the fear of striking out, keep you from playing the game

i love their new album and think it's the best they've done!

we had to wait a long time for it but it was sure worth the wait!

Favorite Quote:
"I step into the great unknown, the ball and chain I call my own."
-Sublime "Ball and Chain"

View profile
I agree! Green Day is the best band in the world!!!!!!!!!!! Even though I thought that they did better songs on other albums it is really good!