What comes to mind when you hear the word vampire? A certain marble-skinned, sparkling member of the living undead? In fact, I'm referring to the Polo-wearing, Ivy League-bred, indie boys of Vampire Weekend. After garnering both popular and critical acclaim with their self-titled debut two years ago, they are back with the highly anticipated “Contra.”

Vampire Weekend's debut still remains the gold standard and is nearly impossible to surpass. But with “Contra,” the group doesn't even try to mimic their previous style. Electronic rhythms are present throughout (thanks to band member Rostam Batmanglij's work in his side project, Discovery) along with traces of reggae, calypso, and even ska. Sure, they're still lashing out against rich snobs, but it's in a style that effortlessly blends modern with traditional.

There are glimpses of the old Vampire Weekend, especially in the vibrant, falsetto-filled “White Sky” and the summery track “Horchata,” with its whimsical keyboard and playful lyrics.

However, the fast-paced “Cousins” marks the band's transition. With irregular bursts of bass and an energetic guitar line, it could be the next “A-punk” except for the punk vibe it gives off. And although “California English” might seem like another “Oxford Comma,” when the auto-tune kicks in, it is clear this is a new Vampire Weekend.

Vampire Weekend also cast away their happy-go-lucky image with the introduction of two ballads. The heartfelt “Taxi Cab” is a beautiful apology, filled with delicate keyboard and orchestral crescendos. This melancholy mood repeats in the closer, “I think UR a Contra.” Though the song sounds more like the Dirty Projectors than Vampire Weekend, lead singer Ezra Koenig's mournful vocals stop you from pressing the “Skip” button. Contra, a neutral word, suggests conflict but does not define either side as good or bad. This is reflected in the song as the mood shifts between hopeful and dejected.

It's safe to say that Vampire Weekend is one of the music industry's most unique bands. They have a style that is undeniably theirs; no other band has dared to imitate it because they just can't pull it off. What ultimately endears them to fans is that they are willing to experiment instead of just churning out variations of old hits.

In “Contra,” Vampire Weekend gives us what we want and more. The hooks are catchier, the rhymes are crazier, and with its synth loops and dancehall beats, “Contra” proves that the dorky, prep-school boys of Vampire Weekend will charm listeners for years to come. 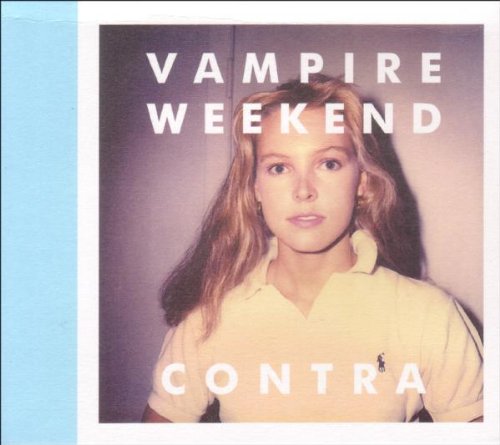 View profile
Yeah for vampire weekend on this website.
And a good review of Contra, at that.
I just joined. Nice to see it's not all disney channel and twilight, woo!
ThatBlondGuy SILVER said...
on Nov. 23 2010 at 12:33 pm
ThatBlondGuy SILVER, Mableton, Georgia
5 articles 1 photo 69 comments
View profile
This review was fantastic! I just finished a six-sentence Teen Ink review on a Justin Bieber, so I was feeling pessimistic about teen writers, but I love this! Plus, Vampire Weekend is one of my favorite bands!
TessaOhhh BRONZE said...
on Oct. 5 2010 at 1:12 pm
TessaOhhh BRONZE, Funchester,, Virginia
2 articles 3 photos 13 comments

View profile
You did a fantastic job on this review, I seriously loved it. I really enjoyed your comparisons between vampires and the boys in Vampire Weekend. It was brilliant. Good job :D
KatiKat BRONZE said...
on Jun. 24 2010 at 7:29 pm
KatiKat BRONZE, Middle Of Nowhere, Vermont
3 articles 14 photos 36 comments

Favorite Quote:
The most important thing in life is learning how to laugh just for the sake of laughing! -Me

Favorite Quote:
"I wish I had the guts to walk away and forget about you... But I can't because I know you won't come after me... And that's what hurts the most."