Though I'm known as a fervidly opinionated music critic, there is one band that could never disappoint me. A perfect blend of placid piano, slight British accents, and rock, Muse is, for lack of a better word, perfect.
The lead vocalist, pianist and guitarist, Matthew Bellamy, sings like a hard core angel. Matt's voice under his piano playing is, to quote the song Time is Running Out, “something beautiful, a contradiction.”
Matt doesn't deserve all the credit, though. Dominic Howard, Muse's drummer, plays better than Ringo in my opinion. It's rather amusing to watch Dom get really into his drumming, as he often does.
The last member of the band is the often overlooked bassist, Christopher Wolstenholme, who plays riffs that defy all prior knowledge of music. That's a bit melodramatic, I realize, but unlike the less notable bassists, Chris actually adds dimension to the rest of the music.
For those of you who have been deprived of Muse up until this moment, I suggest that you get to work listening to as many songs as you possibly can. The most recent album is Black Holes and Revelations, which is named after a refrain in the song Starlight. My top picks from this album are Time is Running Out, Supermassive Black Hole, and Knights of Cydonia.
For a sample of Matt's uncanny knack for piano and a mesmerizing chorus, Butterflies and Hurricanes is the way to go. If you're a Hey There Delilah loving, Coldplay worshipping, emotional being, Starlight and Falling Away with You would probably satisfy your need for sappiness (though Muse makes sappy seem genuine and gorgeous.)
The last few songs that simply can't go unmentioned include New Born, Bliss, Apocalypse Please, Plug in Baby, and my personal favorite, Hysteria.
Listen to these songs, and you may just find yourself fainting from the sound of Matt's voice. Or, if you are of the male type, you may just find yourself subconsciously head-banging to Dom's infectious beats.
Girls beware; it is not hard to fall in love with Matthew Bellamy after hearing his voice. As for you men, make sure your girlfriends don't listen to a Muse song; they'll become more obsessed than you might like.
Overall, I would give Muse's blissful, addictive, almost supernatural, causing-me-to-write-too-many-adjectives music a well deserved ten out of ten. 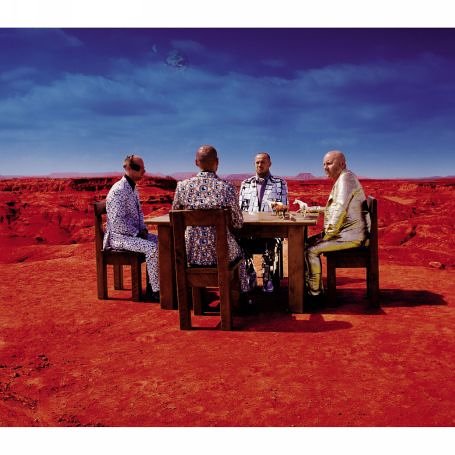 Favorite Quote:
"I don't find it easy to write about happy [stuff]. You don't need a release when you're happy." --Adam Gontier

View profile
They have a few new CDs out now, I think. The most recent being "The Resistance". Some great songs on there are "Undisclosed Desires" and "Resistance". Their most recently released single, "Uprising", is the first amazing song on the album. Check it out. There are also some amazing orchestral pieces at the end.