Under My Skin by Avril Lavigne | Teen Ink

Under My Skin by Avril Lavigne

She's back, and she's little more girly and little more grown up. The "Sk8r Boi" singer had returned with yet another incredibly addicting and unique album. While most teenage female singers find their albums invaded and taken over by sappy love songs and break-up songs, "Under My Skin" shows the stronger and tougher side to the female heart.

"Together" shows Avril having to make the decision to walk away from a relationship that isn't working; And "Don't Tell Me" is a rarity in music. The song is about Avril, in her "sweet" punk way, telling a guy no to sex. It's one of my favorite songs on the album simply because of the message. It's a message not heard often in the Hollywood spotlight. Aly and AJ's "Blush", one of the only other songs about abstinence I've ever heard, was removed from the majority of their "Insomniatic" albums, since MTV wished not to promote abstinence. It seems Hollywood would rather promote those who promote pre-marital sex and not promote those who promote abstinence. I applaud Avril for this song, since it's one of only two I have found in Hollywood, although she is from Canada, so maybe Canadians are different. I hope this track will inspire girls to say no and remember that "[they're] not like that girl, the one who gives it all away".

Avril's punk ranting about a disrespectful guy on "He Wasn't" makes this song another favorite. I understand that guys won't be perfect, they never have been, ever since the Garden of Eden, and they never will be, but that doesn't mean they shouldn't be a gentleman and respectful towards their girlfriends. Avril understands this and the fact that if a guy isn't respectful and a gentleman, then he's not worth you.

The songs "My Happy Ending", "Fall To Pieces", "Take Me Away", "How Does It Feel", "Nobody's Home", "Forgotten", "Who Knows" and "Freak Out" tie the album together with Avril's unique messages and writing styles, and "Slipped Away" can be dedicated to anyone who has ever lost a loved one (the song is dedicated to Avril's Grandpa). The edginess and dark lyrical and musical stylings make the album highly addictive. The album is also quite personal since eight out of the twelve tracks are co-written by Avril and the other four she penned herself.

The only caution is that "Don't Tell Me" is openly about sex and abstinence and a cuss word is dropped in both "Don't Tell Me" and "My Happy Ending". Other than that, "Under My Skin" is a hit. It's incredibly addicting with Avril's punk-rock attitude, the heavy guitar anthems and unique lyrics. Do not begin this album without having time to listen it through; you simply won't be able to turn it off. 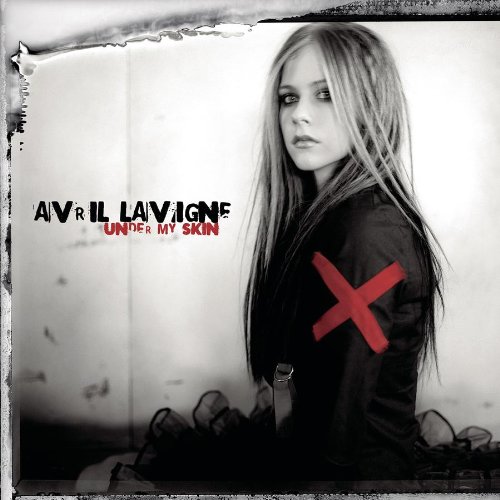 This Is A AWESOME Song :)

Its A Good Dance Song (My Opinion)