With "Recovering the Satellites," the Counting Crows create a truly outstanding album that will forever be recognized as a novelty. From beginning to end, the Crows manage to fascinate and attract undivided attention to their perfect blend of excellent musicianship and admirable songwriting. It is obvious in every song that Adam Duritz has mastered the art of songwriting and knows how to appeal to, and even soothe, his listeners with sweet, immaculate sounds.

Beginning with a heated "Catapult" and concluding nicely with the melancholy "Walkaways," the Crows have composed an unprecedented mix of Americano, funk, hard-rock and even country. Few bands have fared so well in creating new sounds, and practically none has created one so beautiful, or timeless, as "Recovering the Satellites."

"Daylight Fading" exemplifies the optimal mixture of Americano rock and country themes as Duritz describes the wonder of the constantly changing seasons. "Daylight Fading" surprises the listener by making a flawless transition into the awesome "I'm Not Sleeping" that is but another indicator of the Crows' ability to create novel mixes of styles while maintaining their own distinct sound and quality. The song begins softly with strings and a commanding electric guitar that all lead gracefully into utter jamming, and then back again to create yet another fusion of tension and intensity. This is one of those rare songs that will strike the listener's interest even before they hear the first word because of its true musicianship. But fortunately, the first word, the last word, and all the words in between are filled with beauty as they are cried out passionately and sincerely.

The album eventually culminates after a profusion of notable songs, with the hit single "A Long December." There is perhaps no better way to end an album marked by thorough beauty than with a simple, sing-along ballad like "A Long December."

"Recovering the Satellites" was released in 1996 and remains one of my favorite albums. It has stood the test of time and proven to be a real masterpiece. 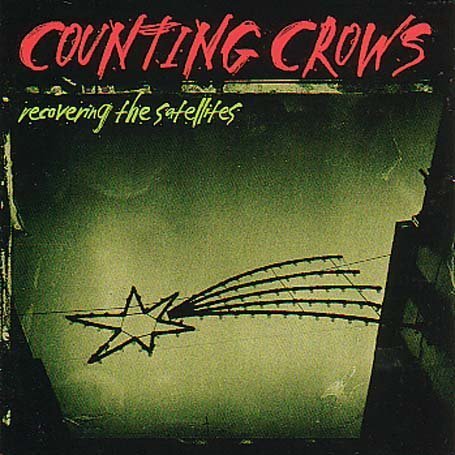