The Ataris - So Long Astoria MAG

With "So Long Astoria," many changes by The Ataris are duly marked. Expectations among a large fan base are high, but perhaps higher than usual because this is their major label debut. This album could launch them into mainstream popularity, or cast them from their traditional roots, or a combination.

Over the past few years, this quartet from Southern California has swept the country gaining fans at a greater rate than the typical punk band. With their tales of young love and heartbreak, and catchy riffs wrapped in a slightly pop punk sound, The Ataris have a sound that is truly their own. The zenith of their career thus far, "Blue Skies, Broken Hearts ... Next 12 Exits," is the standard by which I measure most of their music. This album is in my top five of all time; it never loses its effect on me.

But to compare "So Long Astoria" to "Blue Skies " somehow just isn't right. I can definitely see growth in this album, but not as much in the music as in the presentation. This album gives me a sense of The Ataris as adults rather than their traditional adolescent quality. They have toned down their sound a little (Chris Knapp mellowed out his normally frantic drumming considerably) while still staying true to it, a key accomplishment in a good band.

There is deeper content in these new songs, too. In "My Reply," frontman Kris Roe tells of an overseas fan who is dying and writes his response to her final letter. And in "The Saddest Song," he explains to his young daughter why he is barely around. There is also a great cover of Don Henley's "The Boys of Summer" and a new version of their "I Won't Spend Another Night Alone."

No review is complete without some criticism, and I think there are too many slow, mellow songs. Halfway through I tend to get bored and anxious; I wish there was at least one up-tempo song to break my sedated mood. This album lacks the well-rounded quality the band normally has.

When most bands turn major label, their sound, and sometimes image, is butchered in the process, but I can thankfully say that this is not the case with "So Long Astoria." Although it is not the best The Ataris have to offer, it is the logical next step, and still holds onto what makes them a great band. They get you to realize you're only young once, and should enjoy all the things most of us worry about.

As a fan for many years now, I wish them the best of luck. They truly deserve it because they play their music with passion. Try seeing one of their shows or picking up an album, you won't regret it. 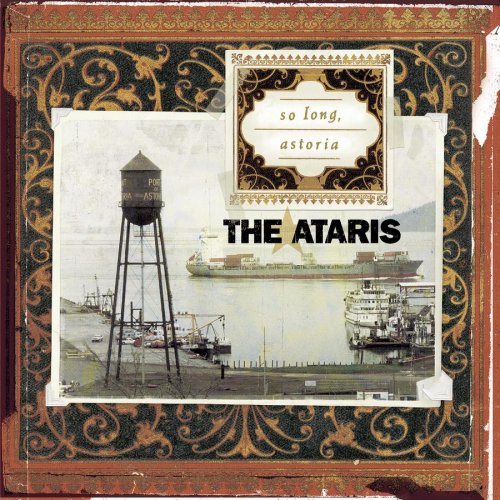