Reel Big Fish: Why Do They Rock So Hard? | Teen Ink

Reel Big Fish: Why Do They Rock So Hard? MAG

You may remember Reel Big Fish from their debut album"Turn the Radio Off." Well, here they are with their sophomore attempt,and it has all the ska from the first album and a whole lot more. There is agreat beat to all the songs except "I'm Cool," a slow song from thefirst album. Reel Big Fish is an upbeat band with not-so-upbeat lyrics, singingabout twisted relationships and long-lost loves. There are also some funnylyrics, like, "I know I'm really cool, &#39Cause I played football in highschool."

The CD starts off with one of the many great guitar solos byAaron Barrett (vocals, guitar and synthesizer). There are great horn sectionsthroughout, including work by Grant Barry (trombone), Scott Klopfenstein(trumpet, vocals and keyboards), Dan Regan (trombone) and Tavis Werts (trumpet,flugelhorn). Matt Wong's great bass guitar and excellent drums by Andrew Gonzalesalso add a lot.

You may have heard their hit "Set Up (You NeedThis)," which is only mediocre compared to the rest of the album. "YouDon't Know" is funny but also has a great beat that makes you want to learnto play an instrument to be in a band as cool as this. I also like"Everything is Cool" because it incorporates my two favorite types ofvery different music, hard-core metal and ska.

If you are into ska or justlike good music, you will love this album. If you thought their first album wasgreat, you'll think this is a masterpiece. Why do they rock so hard? I don'tknow, but I hope they keep on rocking. Pick this album up before it becomestrendy. 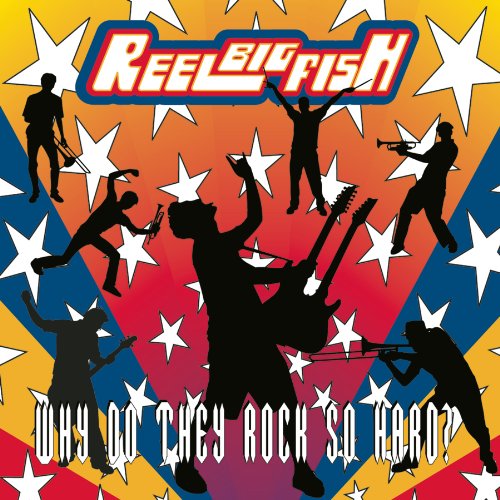