Ok, so I know I'm probably really really late in reviewing this show, but I just jumped onto the 'SOA bandwagon'. For those of you who dont know, Sons of Anarchy is a show about a motorcycle group. Some of the things that the group does is a little bit.... bad. but if you see past that things you'll see that all of the characters are actually amazing. I started watching the show around four weeks ago and have been watching it non-stop ever since. Every episode, since the pilot episode I've watched in a four week period. I AM IN LOVE WITH THIS SHOW. I've read a lot of reviews of it online and they all potray the characters in the show as being 'unlikeable' and I just wanted to set the record straight. Most of the characters are actually very likeable, of course theirs a few of them that are just terrible people, but most of the characters are amazing. Some of the characters do do things that they regret or make them seem like complete jerks, but at the end of the day their all family. I would highly recomend watching this show to anyone that asked. 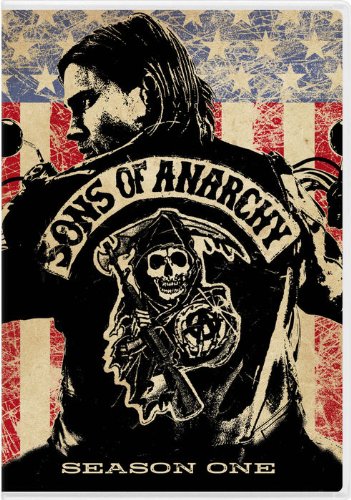