Favorite Quote:
"so you're tired of living, and you feel like you might give in? well don't. it's not your time." - a better place a better time // streetlight manifesto

The shocking kiss at the end of every other episode of Glee is starting to get old. It was a sweet surprise at the end of season one, leaving fans thirsty for more Will and Emma. But now, it is really just creepy, with shockers like Will and Coach Beiste, or Puck and Ms. Corchoran. When Will kissed Coach Beiste, though it was just once, it completely shook any chance of the show ever being realistic again; it kind of was just weird.

As for Puck and Ms. Corchoran’s relationship is very unusual. Also, it is very odd, as she adopted Puck’s unwanted baby, because she is Rachel’s mom, and Puck used to date Rachel. It was no surprise, with all the strange twists on this show, Gleeks have learned to expect the unexpected. The only thing keeping me glued to the TV every week is Kurt and Blaine’s relationship. They are pretty much the only characters in the show that keep me captivated. Not to mention, they are probably the least annoying couple that the show has ever seen.

What used to be the most fun and entertaining show on TV , has now just being taken over by leprechaun impostors singing songs from The Muppets, and annoying side characters having their own episode. For example the extremely racial steriotypical episode “Asian F” was entirely focused on Mike Chang, otherwise known as either “asian” or “other asian” because he’s such an unimportant addition to the Glee club that nobody even cares to remember his name. So, in this episode, Mike was too focused on his dancing that he lost track of what his father wants, all high grades, and no social life. Overall, in these passing episodes, we see a change in a past audience favorite, Rachel Berry. The shining senior, most loved for her bossy personality and constant craving for the spotlight is now overly concerned with how others feel and even letting Mercedes share the role as Maria in West Side Story. This act is completely out of character and is making us all wonder “What happened to the real Rachel Berry?” or even more important, “What happened to this show?” 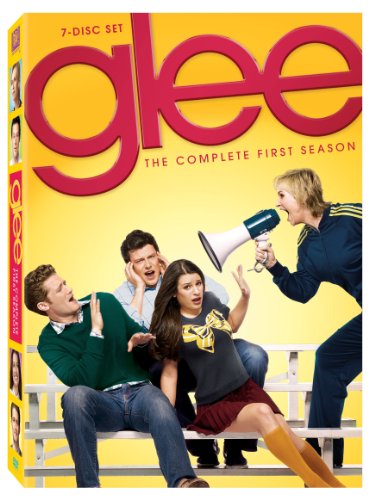 Jrbcrazygirl SILVER said...
on Dec. 19 2011 at 10:56 pm
Jrbcrazygirl SILVER, Lakeside, Texas
8 articles 0 photos 3 comments
View profile
I'm sorry I don't agree with your article. Most of the statements in this article are only opinion, and that's fine, especially since you're writing a review which is normally based on opinion. But instead of just statements, maybe you could back it up with a little evidence? Other than that, nice writing.