Personally, I believe one minute a year should be dedicated to the geniuses and heroes who blessed the world, and all future comedy, with this wonderful show. Take that minute right now before you continue reading.

There is nothing—no situation whatsoever—that Ray Romano and his group of comedians can’t turn into a hysterical episode. TVs have tried and tried to recreate the magic that blessed us for 9 incredible seasons, but nothing comes close.

Friends is okay, but watching it after an episode of Everybody Loves Raymond is like eating a chocolate chip cookie after a hot fudge soufflé. It’s just tasteless in comparison.

Seinfeld? They could take acting lessons from the Baron family for three years and not come anywhere close. You put Ray next to Jerry, and Ray could eat him for lunch and still go to his mother’s for lasagna.

The Big Bang Theory, with all its interesting characters, is cold and restrained. Watching Everybody Loves Raymond, I feel as though I know the characters as well as my family. Not that I’d want them to be my family, although if it’s a choice between Sheldon and the Barons…

Summing up the Tv series Everybody Loves Raymond in three words: This is comedy. 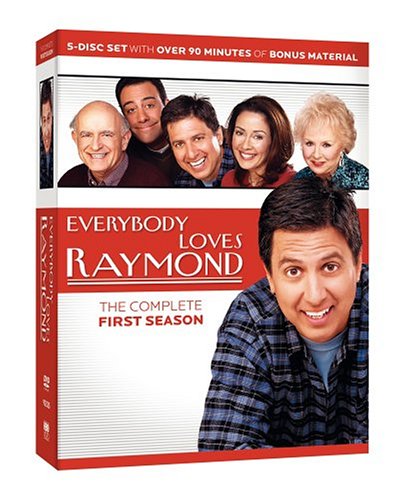 
Buy from Amazon Available on iTunes
The author's comments:
If I had three thumbs, I'd put them all up. As it is, I only have two and that's just not enough for this out-of-this-world series.
Post a comment
Submit your own

LadyWisdom98 said...
on Nov. 2 2012 at 2:01 pm
I totally agree! Everybody Loves Raymond is a classic! Honestly, in my opinion, some of the things that Ray and his family would argue about made no sense what-so-ever. (Remember the episode about the suitcase?) But at least (unlike most of the shows we have today) it was actually funny. The people they cast for the show were actual comedians, unlike the corny, untalented 20-something-year-old wannabes of today's entertainment. Even if the Barone family's arguements did seem ridiculous, there was some real meaning behind each episode. (If you watched closely.) ELR is a classic example of 1990's to mid 2000's television. The shows of that time period were actually about something, but ever since the turn of the decade, TV has gone downhill. Now, it's nothing but unrealistic, overdramatic  reality shows and pointless, corny sit-coms. Don't get me wrong, not all of the shows of this new decade are like that, but a vast majority are. That's why I thank God for DVDs and re-runs (if I can find any.) It's the shows like ELR that have their 5+ years of praise and glory, then the series finale airs, re-runs go on for a few years, the DVDs go out, and the  you never hear from them again. And then you have these crappy new shows that everyone goes crazy about and even after the finales air, they tend to linger. And the funny part is that it's the old shows that people ridicule and the new ones are always praised. If someone were to poke fun at Everybody Loves Raymond, I guarentee you that almost no one wuld defend the show. But, if someone were to make fun of, let's say... Victorious, everybody would jump up. Again, don't get me wrong, I do like Victorious. The cast consists of talented singers and dancers, but it's not realistic. The characters are underdeveloped, the "jokes" are corny, and the plots make no sense. What the heck is "chiz" anyway, besides a stupid rip-off from iCarly?!