Grimms' Fairy Tales were originally a set of gruesome, violent, and often unhappy stories written by the Brothers Grimm. Many were adapted into happy, usually musical, family-friendly movies by Disney. But now the tales have returned to their roots in the TV show “Grimm.” It's dark, violent, and raw, much like the original stories, and I love every minute of it.

“Grimm,” which starts its third season in October, stars David Giuntoli as detective Nick Burkhardt. Nick is a Grimm: a descendant of the original brothers who can see all the monsters they wrote about in their stories. These monsters, called Wesen, disguise themselves as normal people. When they get emotional and lose control, though, Nick can see them for what they really are, be they Blutbad or Hexenbiest or some other manner of Wesen.

As a Grimm, Nick is the natural-born enemy of the Wesen, due to his ancestors' long persecution of them. But he tries to be different, to become something his ancestors never could be: a hero. He doesn't kill needlessly like Grimms before him. Nick, as a cop and a Grimm, fights human and Wesen criminals while protecting the innocent members of both groups.

I absolutely love Nick. He's brave, loyal, and has a strong moral compass. He's got just the right amount of vulnerability and doubt to make him relateable, but also enough courage, morality, and Grimm skills to make him admirable. Giuntoli has really grown as an actor; it's clear that he has become more comfortable in the role since the first season, which allows him greater opportunities to develop Nick's character.

Nick can't protect Portland all on his own, though. His friend Monroe often helps by giving him information on the Wesen world. Monroe is a reformed Blutbad: basically, a big bad wolf who's nice. Played by the brilliant actor Silas Weir Mitchell, Monroe provides most of the comic ­relief. His lines and delivery are punchy and original, and I always look forward to his scenes.

Rosalee (Bree Turner) is a Fuchsbau, a sly fox-like creature. She owns a spice shop that also serves as a sort of apothecary for Wesen in need of potions and such. She occasionally helps Nick and Monroe with her knowledge. I also love Rosalee's character because she's so sweet. She and Monroe have a budding romance, and they're so cute together. In addition, they're both really great friends to Nick.

Normally, Nick tracks down criminals, which usually turn out to be Wesen, with his partner, Detective Hank Griffin (Russell Hornsby). Hank is a normal person who still tries to comprehend Nick's double life and help him when he can.

In my opinion, “Grimm” is well worth anyone's time. It's a crime drama with a twist, and a creative, modern take on the original fairy tales. It airs Friday nights on NBC. So for me, TGIF means Thank Grimm It's Friday! 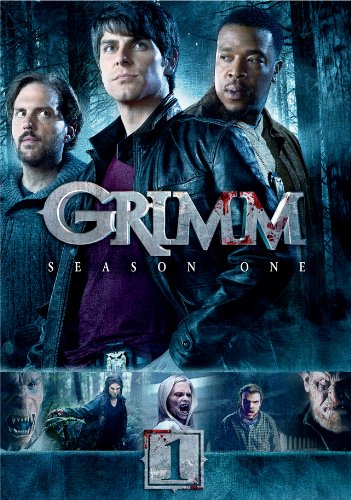