The game begins with your character trying to deliver a package, but he never has the chance because the bomb inside goes off spreading soul-sucking nanoes that kill countless people and devastate your half of the city. The protagonist does not die and wakes up in a hospital and realizes that the nanoes are manifesting themselves in his body as superhuman electrical powers.

Now, you must spend your days defending the innocents of your city from other meta-humans affected by the blast. Sound familiar? If not, you obviously aren't familiar with the animated series “Static Shock,” about an African-American youth mutated by purple gas and given electrical powers – also one of my favorites, with the main character voiced by Phil LaMarr, my favorite voice actor.

In addition to electrical powers that can strengthen over time, you can climb buildings, street lamps, and anything else for that matter, “parkour” style. (Parkour is urban gymnastics, which originated in France and involves getting from point A to point B in the most effective way.)

And I can't overlook the most important component of “Infamous”: the moral choice. You must decide whether to be a hero or be infamous. Depending on your choice, your powers change (along with your appearance). It's also interesting to see how civilians react to you. As a hero, they'll want a picture with you; if you are infamous, they throw stuff at you. When you're infamous, your powers are greater but more chaotic, and they have a tendency to backfire.

Ultimately, it's all about realism. In most superhero games, you start out swinging and jumping and shooting, and simply bash enough skulls to get the computer to give you new powers. “Infamous” gets it right because just like “Spider-Man” and “Static Shock,” your powers are unpredictable and out of control, and as you go through the game, they get easier to reign in.

The final verdict: Sucker Punch strikes again. I give it a 5/5. 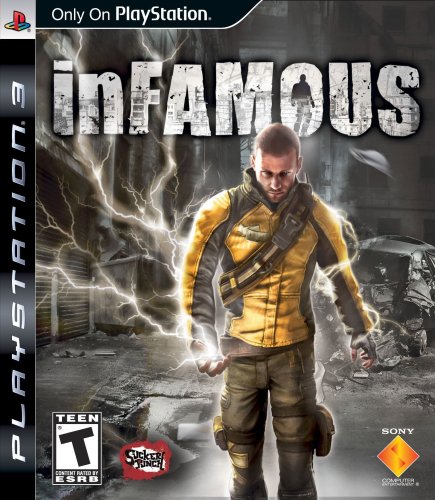 Favorite Quote:
Just be yourself and never give never surrender

Favorite Quote:
"If that's how you want to live your life, I say go nuts!"

View profile
I have heard of this game, but your review has made it sound even more interesting, I am definitely going to have to get this game when I get a PS3, cause right now I have a PS2, good for some games, but the games on it are getting harder to find. So, yeah, PS3 + Infamous + Your review for Infamous = Must have that game!
XX_UnknownHero_XX BRONZE said...
on Oct. 7 2009 at 7:06 am
XX_UnknownHero_XX BRONZE, Denver, Colorado
3 articles 0 photos 2 comments