The Dead Space series is a truly defining work of the genre of science fiction and the sub-genre of psychological horror. In the first game, we are introduced to the 26th century, and engineer Isaac Clarke, who becomes entangled in a hellish conspiracy of death, lies and apocalyptic means. In Dead Space 2, Isaac has become hardened by his experience with the Necromorphs (alien spawn from The Marker), the government and the crazed Church of Unitology. But here, Isaac must save humanity from EarthGov's attempts to replicate the Marker. Then, we arrive here, with Dead Space 3, where Isaac, Ellie Langford and a team of EarthGov survivors who must stop the Marker threat once and for all on the planet Tau Volantis, while running from Unitologists.

Electronic Arts and Visceral Games have outdone themselves with the Dead Space saga, creating a fantastical universe that is both shocking and epic. The series is well-known for its incredibly haunting and frightening scare tactics, but also amping up their action with Dead Space 2. In Dead Space 3, there is more action, a couple less scares, but a completely thrilling, white-knuckle journey into hell itself. We get to know the characters more, especially the twisted love triangle between Isaac, Ellie and Captain Norton, who becomes jealous of Isaac's involvement on their mission. The inclusion of a co-operative system with Dead Space has thrown a few people off, but let me say, it has actually increased the terror, having the sub-plot of learning Sergent John Carver's past, which is riddled with blood and bone.

Overall, Dead Space 3 is a ground-breaking and truly memorable experience that proves Dead Space is a phenomenal saga that deserves to be ranked along side Halo, Uncharted, Gears of War and Mass Effect. An instant classic, a masterpiece in gaming, and an epic story that echoes greatness. 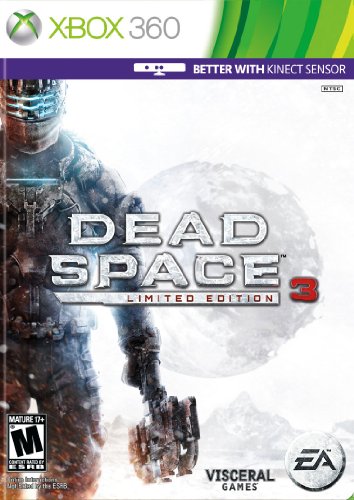