Favorite Quote:
Life can be short so live it to the fullest

“Fifteen years, I’ve spent FIFTEEN YEARS, trying to find this so called Waldo,” I seethe pacing back and forth. It’s impossible, I think to my self pausing my pacing as a brilliant idea pops into my head.”Max, get your leash and Darla, we’re going to find Waldo.”


“Wenda, we don’t have to do this. I mean you ended up in jail for two years last time you searched for Waldo. Maybe you should think this through, your parole officer wouldn’t like this very much,” Stacy says nervously teetering back and forth on her feet.

“Since when am I wrong Stacy?”

“Never, I’ll go get Max and his leash.” I watch as she scurries off in search for the stupid yellowed haired cat, I have never liked that menacing creature; but I must do what mother wants. I glance out the window and nearly do a double take; sitting on the stoop of the apartment building is Waldo!


I run down the stairs as fast as my legs can carry me and towards the street.”Waldo, I’ve seen you’ve finally come to your senses.”

“You threatened to take my hat. No one, and I repeat no one, goes there.”

“Waldo, my naive, little friend; I just did.” I stare Waldo down as he realizes what I just said.

“I came here for no reason; didn’t I?” Waldo states; raising his eyebrow at me.

“No, you came here so I could finally prove to mother that I found Waldo!”

“We broke up fifteen years ago,” Waldo says looking confused.

“Yes and as soon as you left, Mother said ‘Get some sense you stupid little brat! Don’t just stand there, go find him! Go get Waldo back and I may die in peace.’ So I did.”

“Wenda, you're mother died a year before we broke up.”

“Oh I know. I see dead people, but that can be our little secret. Any way so I created the book Where’s Waldo and became a multi millionaire in desperate hopes of finding you; my beloved Waldo.”

“You’re not going to let me go are you?” Waldo asking making it sound like a statement towards the end.

“Wenda! I found Max, and this time I’m only partially blind in one eye,” Stacy says making her way outside only running into one door in the process, then falling down the stairs.

“Max my baby, let’s go take our new friend to his cage- I mean house,” I say picking Max up and petting him completely ignoring Stacy who was wandering out into the street. Poor thing a car is coming, oh well I’ll pick up a new secretary on the way, I think to myself watching as Stacy gets hit by the car.

“Is she okay,” Waldo asks nervously.

“No, she’s dead. I’ll just get a new one at the store. Come along now my little pet,” I say hooking a leash up to Waldo and tugging him along.


As we walk through the cold slightly disserted street, I faintly hear sirens in the distance. Cursing my stupidity, I pull Waldo into a dark alley leading us to a short-cut to his new ‘home’. Glaring distastefully at the vomit and other questionable substances in the alley-way, I hurry up and shortly after open the door to Waldo’s new ‘home’.

“My pet, come in, come in. Make yourself at home. As you can see this is the Waldo container three thousand. Just hold on a wee second while I go find mother.”

“Mother, Mother! Waldo’s here! He’s looking forward to meeting you,” I call walking through the room and pushing a wheel chair full of mother’s bones into the room.

“Wenda, Is that your mother’s decaying body,” Waldo says pointing towards the wheel chair and backing up.

“Of coarse silly,” I say waving him off. “Now mother, I did as you said and brought Waldo home where he belongs. I don’t care that we’re out of milk! Mother you’re dead for crying out loud! Fine, I’ll go get some milk.”

“Wenda, who are you talking to,” Waldo says backing up into the poorly painted yellow wall.

“Mother, now hush pet and listen carefully. I must go get some milk for mother. Now you stay here and play with Max like the good Waldo I know you are.”

“Glad we agree pet, be back in half an hour,” I say walking out the door and into the street. The next thing I hear is a honking horn and I’m flying threw the air, landing on the ground with a sickening thunk.

“Mother, I gave you Waldo why,”

“Because you little brat, Waldo is and forever will be mine. You just did me a little favor by killing off his girlfriend Wenda. And to think, you actually thought you were here,” Mother says laughing as Waldo walks up to her side and hugs her.

“Now that you’re dead we can live in peace! Goodbye Wenda,” Waldo says right before stabbing my heart with a needle and pushing poison straight into my heart.


The world starts to fade and everything becomes dim. I’m sorry mother I have failed you. All I ever wanted was to please you and look at where that has gotten me. Don’t worry mother I won’t fail you again. I promise, I think before closing my eyes and falling into a chasm of black. 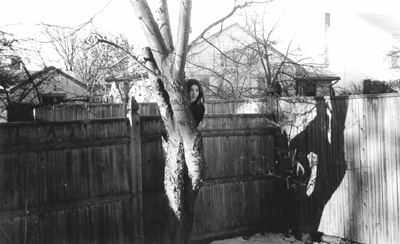 The author's comments:
I wrote it for my creative writing class.
Post a comment
Submit your own