Using his handkerchief to shield his eyes from the burning sun, he looked forward. Sand dunes as tall as he was, scattered around the desert. He coughed as the hot dry air filled his lungs. The sight he would see would be worth the hassle. For some odd reason though, he couldn’t remember how he got to Egypt, simply that he must see the Great Pyramid of Giza. He dug around his backpack and grasped his water bottle, taking long gulps like a camel as sweat lined his brow. There were many chattering tourists around him, snapping pictures of the sight before them. Looking upwards he saw a shape that loomed over him, with its peak among the sun. He stood there flabbergasted.

“What an amazing sight,” a tall elegant woman said.

“Indeed, pity they had to close business for a little while,” a lean figure in a uniform replied.

“Close,” the elegant woman’s features twisting together as her eyebrows rose.

“Didn’t you hear? It was all over the news. Apparently, some foolish man decided to roam into the forbidden area. He disappeared for days before his family, in hysteria finally called the police. When they investigated, they found the body in the tomb.”

“How is that possible,” the woman replied, shuddering.

“I wouldn’t go any closer if I were you. Who knows what might happen next?”

He frowned. The story intrigued him, and suddenly as if a voice were chiding him, he slowly strode towards a pyramid on the far left. Something about it made one want to scream and run away. Still, he kept his nerve, and ignoring the caution tape, made his way inside.

As soon as he stepped inside the entrance, torches instantly ignited. Gulping, he slowly crept forwards, until he heard a creaking behind him. The door abruptly closed with a heavy bang. When he went to open it, he found that it was locked.

“Great,” he muttered. He just had to wander into a tomb with a bloody history. Grabbing a torch, he strayed deeper and deeper into the pyramid. Shadows were cast among the walls and the slightest rustle made him jump. He heard someone call his name. The voice was oddly familiar, but before he could distinguish the source, his shadow began to grow. Whipping his head backward, he saw: no one. His usually very tan skin was a pale white now. His hand went clammy and his knees weakened. For the first time in his life, he was scared, nothing like the confident person he had always been. Taking deep breaths he managed to slow his heart to a normal pace. Still apprehensive, he kept his head high and continued searching for an exit.

All seemed hopeless when he finally saw a ray of light. He exhaled a sigh of relief, sprinting forward. That was when he saw it. A mass of broken bones and skin. Blood strewed everywhere. Around the corpse were several others. He stared in horror as he processed his surroundings. This reminded him of Lord of the Rings. When the Fellowship enters Moria and finds hundreds of skeletons. Before he could blink once more, a scoff came from behind him.

Freezing, he clutched his torch and just as footsteps approached him he swung madly. Someone laughed when he missed.

“I’m not sure if you’re being courageous or shallow. Now put the lamp down,” the figure commanded. Lamp, he thought, It’s a torch.

Frowning, he yelled into the darkness, “Who are you?”

“Who am I,” the voice replied, “Remains to be seen.” His frustration intensified. Whomever this person or creature was irritated him. Laughing when he was the suspect of murder didn’t fly with him.

“I know you are annoyed, but don’t be. I meant it as a joke since you literally can’t see me,” chortled the voice. Okay, maybe he’s not as evil as he seems.

“Show yourself then,” he repeated.

“Nope, this is so much more enjoyable, watching you squirm.” Are you kidding me, his anger flared, What in the world is wrong with this guy?

“Fine, but can you tell me why you killed all those people?”

“Kill?” The voice was inquisitive and he sensed no trace of a lie.

“Yeah, why are there so many bodies around here?”

“Ah. You must mean those chickens. Am I correct?” Chickens, this is madness. Glancing over his shoulder, the sight alarmed him. Now instead of human corpses were dead chickens! He could’ve sworn they were once human.

“You are confused and frightened,” the voice concluded. Great observation.

“Can you show me the way out?”

“I could.” He waited for several moments.

Exasperated, the figure explained, “You asked me if I could, but you never asked me if I would!” No way. Is this its purpose? To fool around with me?

“Listen, I get your reasoning, however, I need to get out of here,” barely restraining from raising his voice.

“What else do you want me to tell you?”

“The only hint I will give you is that the closer you look, the less you’ll actually see.”

“That helps a lot,” he added sarcastically.

“My point is for you to look at the big picture. How come you don’t remember how you arrived? Why are you here? What if this isn’t real at all?” What? As the minutes ticked on, he soon realized its meaning.

“I see. The exit was always there. I just never saw it.” The shadow nodded.

“This is it then. I’m finally going home. Will I ever see you again?”

“I am already there.” All right then, let’s make it happen. He forced his true eyes open and found himself in a familiar room.

“You’ve finally awakened, Atlas, I spent a great amount of effort trying to wrestle that lamp from your hand,” the voice in the tomb said.

Atlas looked around his bed and found Kyle sitting on the other side.

“How long have you been here,” Atlas asked.

“I think the real question is where did you go this time?”

Remembering his memories of his past adventures through Austria, New Zealand, and space, he simply answered “That is a story for another time, Kyle. For now, would you mind getting me a piece of paper and pen?” 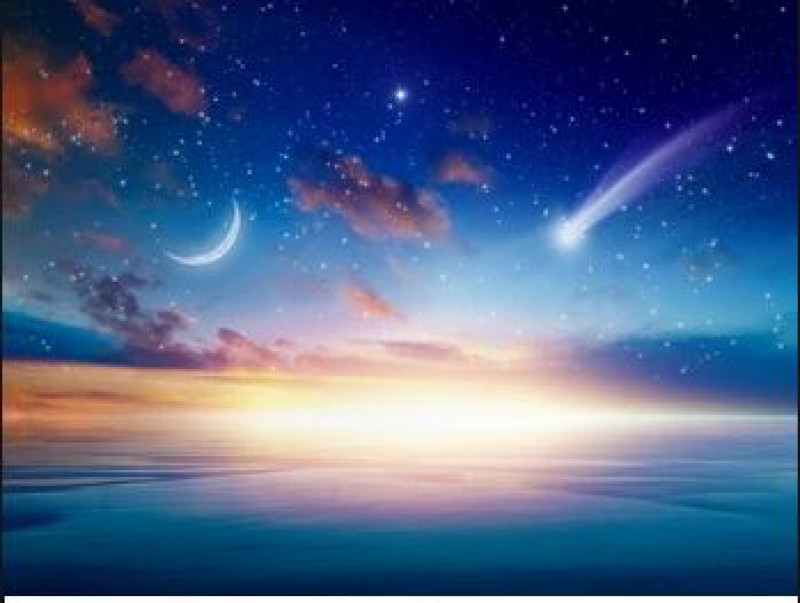 This story is based on one of my favorite movies "Now You See Me."

View profile
Amazing! My favorite part was the twist at the end! Keep writing! :)