There is a funeral in their brains. "When they all were seated, a service, like a drum, kept beating, beating, till they felt their mind was going numb. Just then, a plank in reason broke, and they fell down and down and hit a world at every plunge and finished knowing then” (Dickinson, 1861). As Emily Dickinson was able to demonstrate in her writing, depression, making patients’ worlds devoid of color, has made 270 million people hopeless in this vivid reality (World Health Organization [WHO], 2021). Beyond that, there are in total 970 million people suffering from a variety of mental disorders (WHO, 2022). Throughout history, debates about the nature of mental illness have been passionately addressed, but modern psychiatrists have explored its biological indicators through clinical and community studies and a wide variety of neurobiological models. Discrepancies between the normal human body's functionalities and those of affected individuals serve as biological indicators to account for mental illnesses. In this essay, I will reason that any mental illness will ultimately be physical; in fact, all forms of mental diseases can be classified as medical illnesses and should be treated without prejudice by society. Instead of stigmatizing mental illness patients, people should raise their awareness about perceiving mental disorders fairly through a more comprehensive understanding of these disorders.

Patients who have mental disorders feel like they are suffering internally, like a battle taking place inside themselves. However, mental disorders are not as invisible as they are usually perceived, but the substantial changes in patients' bodies can be clearly measured through medical approaches. Nevertheless, regardless of how advanced today's psychiatry is, there are discrepancies in diagnoses for mental disorders. According to one study, the average rate of misdiagnosis or undetected major mental illnesses was 82.64 percent (Vermani et al., 2011). Currently, the criteria of the Diagnostic and Statistical Manual of Mental Disorders are partially based on the patients' subjective assessments of the severity and recurrence of their symptoms (American Psychological Association, 2013). Given the prevalence of mental ailments around the globe, the enhancement of assessing and screening methods of mental disorders that are based on physical traits is primary. To this end, biological indications in the patients' bodies would be ideal for reflecting their conditions physically and factually. Despite the existence of highly heterogeneous mental disorders, clinical diagnosis and observation development are still dependent on particular biological indicators. For example, the study of gut microbiomes has revealed many conditions in psychiatry—depression, bipolar disorder, schizophrenia, autism, etc—have manifested significant differences in the composition of microbes in the gut (Butler et al., 2019). Although a handful of case-control studies have concluded that there was no identifiable signature in conditions like depression, one large-scale study found that Coprococcus and Dialister, two bacterial genera, were curtained in patients with depression (Valles-Colomer et al., 2019). Later, researchers transplanted fecal microbes from a depressed patient in mice; they began to display depressive-related symptoms (Kelly et al., 2016). This series of experiments disclose a strong correlation between the gut biome and the stage of mental illness.

In addition to gut microbiomes, patients with different levels of nerve growth factor (NGF) also showcase various scales of mental disorders. For instance, a study showed that among schizophrenic patients and depressed patients, the level of NGF is discernibly lower compared with healthy control groups (Xiong et al., 2011). Later, a research group presented more compelling evidence regarding the relation between NGF and mental disorders. They selected two hundred eighty-six subjects to draw blood to test serum NGF levels. Results from the test made NGF a strong candidate for denoting the presence of mental disorders: increased NGF serum levels were observed in obsessive-compulsive disorder patients (24.25pg/mL vs. 21.25pg/mL) and anxiety disorder patients (22.25pg/mL vs. 17.81pg/mL) (Martins Salles et al., 2016). Thus, an association between functionality and serum levels of NGF in patients indicates a relevant role of NGF in diagnosing mental disorders.

Admittedly, the biological markers for mental disorders vary based on the phases of mental illness. Still, the biological mechanisms can contribute substantial implications to the development of mental illness diagnosis for suffering patients. For instance, the HPA (Hypothalamic-pituitary-adrenal) axis, which takes charge of responding to external stress, does not function properly in depression (Strawbridge et al., 2015). As a result, cytokine levels increased with inflammation processes, which can result in modifying the neurons structurally and functionally, and ultimately leading to depression (Iwata et al., 2013). Neurotrophic factors, as I mentioned above, like brain-derived neurotrophic factors (BDFN) regulate plasticity in brain tissue, suggesting altered BDFN concentration in the human brain can cause certain mental illnesses ​​(Jiang & Salton, 2013). Thereby, mental disorders can be classified as physical ailments for the varying physical values including hormones, brain chemicals, and microbe biomes. These biological markers provide an expanded way for physicians to assess patients' mental conditions and can be revolutionary to implement in reality.

Emotions and Other Physical Symptoms

Physical manifestations of mental illness could also vary from physical behaviors derived from intense emotions to corporal aching, all as severe as other physical illnesses. According to Antonio R. Damasio, "Emotions are purely physical signals of the body reacting to external stimuli” (Lenzen, 2005). However, mental illness is not only a mood disorder but goes beyond our typical notions of emotions: it impacts how the patients behave in the world physically. A study conducted in 1983 showed a potent correlation between hopelessness, measured by Beck's Hopelessness Scale, and depressed patients (Nekanda-Trepka et al., 1983). Like sinking into a deep, dark hole with no way out, depressed patients regularly think they are powerless and cannot compete with the cruel reality and thus lay on their bed all day, feeling extremely fatigued. When it comes to daily habits, patients will also dread performing their previous favorite activities. Depressed patients no longer have the energy to perform their hobbies. Moreover, another study found that depressive symptoms are associated with relational uncertainty and pose challenges for couples regarding sexual intimacy (Delaney, 2018). Immobility and fatigue are patients’ silent resistance to the world. In addition, bipolar patients would behave impulsively, scream, walk around restlessly, and talk faster than usual during their hypomanic or manic period to release their agitations but sleep too much or little at their depression period to align with depressed patients ("Recognizing the signs of bipolar disorder," 2015). As a result, mental disorders result in physical behaviors and symptoms as responses and outlets of patients’ emotions.

In addition to the mindset of patients, they often suffer in physiological purgatory. A study suggests that 40% of depressed adults have insomnia and hypersomnia symptoms, impairing quality of life and contributing to risks for suicide (Nutt et al., 2008). Consider the case of a depressed patient who has not slept properly for months: he will develop problems with irritation, lose focus, and become languid. Body aching like migraines is another common symptom of various mental disorders. Conditions like depression, dysthymia, bipolar disorder, panic attacks, agoraphobia, and simple phobia are significantly and positively associated with migraine occurrence (Ratcliffe et al., 2009). Experiencing decreased appetite likewise ensues in depressed patients, marking the direction of appetite as an easily measured behavioral attribute (Simmons et al., 2018). As a result, the existence of physical dysfunction in mental disorder patients indicates that mental disorders can have physical consequences.

Culminating together, the combination of sentiment and physiological effects could inflict predilection towards irrevocable and most horrible physical manifestation: suicide. A recent study presented a candidate factor, anxiety sensitivity, to assess the linkage to suicidal ideation and risk. According to the research, the fatal projection from the darkest side of a patient's heart is shockingly high. Among 14,002 subjects, the mean rate is 24% for suicidal ideation and 35% for suicidal risk (Stanley et al., 2018). In addition, according to the Centre for Suicide Prevention, at least 50% of all suicides are from depressed patients (Centre of Suicide Prevention, 2021). Prompted by affective mental disorders like anxiety and depression, suicide becomes the fatal and final physical manifestation of the patients. Overall, mental disorders can be shown physically through distorted emotions inwardly and dysregulated reactions outwardly, to which the combination can develop the irreversible physical consequence—self-destruction.

With no exception, all mental illnesses are ultimately physical. I demonstrate that mental illness has a biological indication and behavioral manifestation in terms of sentimental and physiological, suggesting the physical aspects of mental discords. Based on biological markers and behavioral patterns, mental illnesses should be viewed by the public in the same manner as medical conditions. However, the public perception of affected individuals is quite the contrary. Mental disorder patients are more likely to experience discrimination in housing, employment, and homelessness than their counterparts who do not have a mental illness (Corbière et al., 2011). In addition, most adults want to distance themselves from individuals with mental illnesses like schizophrenia, depression, alcohol dependence, etc., compared to people without these medical conditions (Martin et al., 2007). Such prejudices would profoundly offer affected individuals a biased social view and largely shape how affected individuals perceive themselves. Therefore, negative judgments from others are often incorporated into the self-concept, resulting in self-deprecation and instigating social stigmatization—a vicious cycle. With today's magnitude of social media and the press, the images of mental illness have been excessively exaggerated and perverted, accentuating dangerousness, criminality, and unpredictability; sensationalized reports from mainstream media impair self-esteem, and help-seeking intention, medication adherence, and recovery of affected patients profoundly. Meanwhile, given the advent of the media, it is easier than ever to use the media to combat public prejudices and alleviate tension between patients with mental disorders and the general public.

Another study implemented an Entertainment-Education strategy among 165 participants. Observing a true-to-life and empathetic movie portrayal obtained the promising results of increased knowledge of mental illness and reduced mental health stigma. In addition, multiple contacts with people living with mental illness should be facilitated since a large number of positive interactions reduce stigma more effectively than one encounter (Corrigan, 2011). In order to mitigate social stigmatization, media literacy and real-time encounters between mental health patients are vital. The public needs to understand them first to accept them. Seeing mental illness as physical is the first step to equalizing the notion of viewing an affected individual as usual; the general public needs to enhance their acquaintance with patients with mental illness to embrace them fully. Thus, I champion enhancing current streams of knowledge about mental disorders through media and other approaches so that they help us gain more of a comprehensive view and enable us to be empathetic about patients' sufferings.

To conclude, all mental illnesses are ultimately physical illnesses. Ascertained by sound biological and behavioral evidence, I contend that the nature of mental discords is physical. Patients are still suffering from biased perceptions of mental illnesses. In fact, becoming aware of patients with mental illness in society and helping to voice the misconceptions is valuable, as it offers people who suffer from mental illnesses compassion and comfort for the betterment of their future rather than merely recognizing its physical aspects. 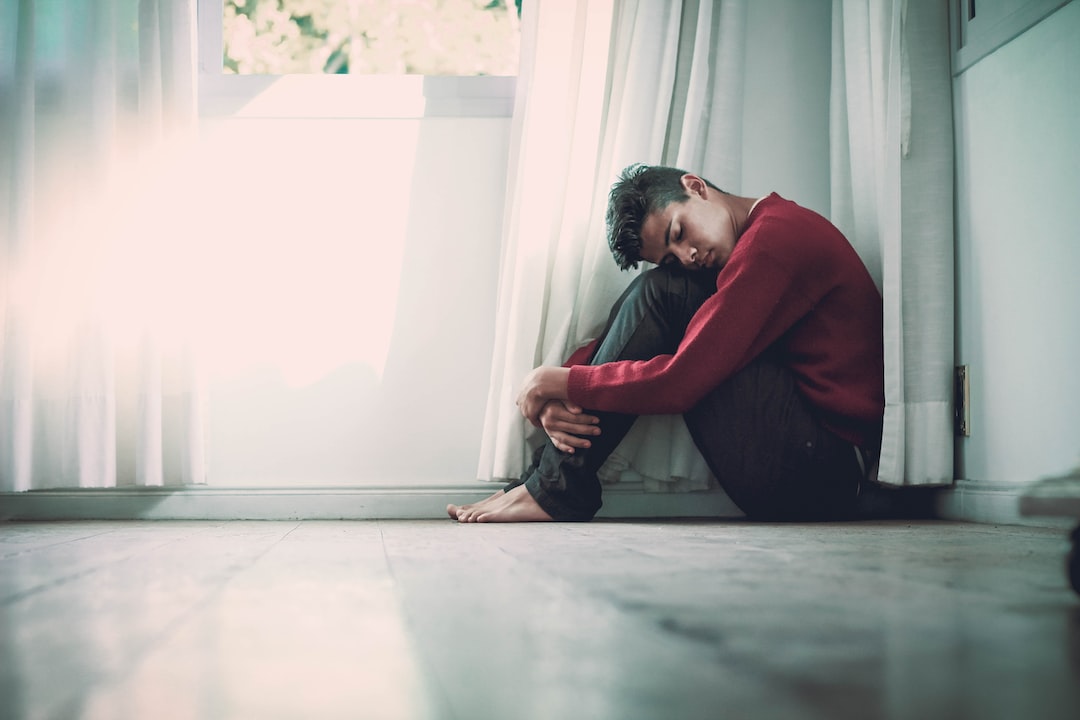 Photo by Fernando @cferdophotography on Unsplash

Mental illnesses have a long history of being misunderstood. This society requires more awareness from individuals to invest in this field.