Juveniles and Drug Abuse in America


A drug is a substance that modifies one or more of the body’s functions when it is consumed. Therefore, many common foods qualify as drugs. According to this definition, some of our most cherished beverages such as tea, coffee, and cola are drugs. However this paper focuses on drugs that are abused by teenagers. Surveys show that cocaine, marijuana, heroin, and inhalants are the most commonly used drugs among teenagers age thirteen through eighteen. One of the most startling findings from recent data is the degree to which to which teenagers are now involved in drug use. This drug abuse problem has gotten worse. Perhaps our society must hit “rock bottom” before changes can occur.

In 1993, cocaine use increased for all ages thirteen through eighteen. Every teenager has used drugs at least once in their life. The literature review confirmed that teenagers engage in drugs on a daily basis. According to the National Survey on Drug Abuse conducted in 1997 and 1998, more than one-fourth (28.2 perecent) of the youth aged thirteen to eighteen report that marijuana experiences, and about four percent used cocaine, 1.1 percent admits to using heroin, and nine percent used inhalants. These statistics are about the same as the statistics in 1992 and 1993.

Youngsters take drugs for many different reasons. The literature review attributes that youngsters engage in drugs because of peer influence and family problems such as a broken home, as well as other important variables such as lack of religious beliefs and just a way of dealing with stress, anger or frustration. Others use drugs because they perceive taking drugs as a new, interesting or exciting experience. Interestingly, existing data show that teenagers because in rural areas use drugs less compared to teenagers that live in urban and suburban areas. Studies show the reason for this is because drugs are not as readily available in rural areas.

An analysis on existing data shows that there was a substantial amount of involvement in drugs during the late eighties but not as much involvement today. In fact teenagers today ages thirteen through eighteen drug rate is much higher than those older teenagers. Studies show that drug use among high school seniors continued to downslide in 1992, but still America incoming teenagers today do not seem to be getting the message. These findings are troubling. Therefore, there is a need to approach the drug problem among American future leaders.

To address these issues the first step is to increase the awareness and knowledge of this particular age group about the risks of substance abuse to influence them away from drug abuse. In, doing this, researchers need to continue to increase their understanding of drug use among the youth, its causes, and manifestations. Second, researchers need to explore methods of reaching youngsters during the crucial years when drugs become an alternative. Evaluation findings show that schools, which implemented awareness programs, had few participants in the area to partake in drugs than those schools that did not have awareness programs. The findings also indicated that the target population needs more schools to implement educational programs like Planned Parenthood and the Drug Abuse Resistance Education program (D.A.R.E.).

Heightening the risks of drug abuse among juveniles makes them aware of the consequences they are facing in the future. Studies show children that are aware of the risks of drugs tend to draw away from drugs rather than those have no clue about what drugs can do. Therefore, it is important to implement programs of this type in all schools. 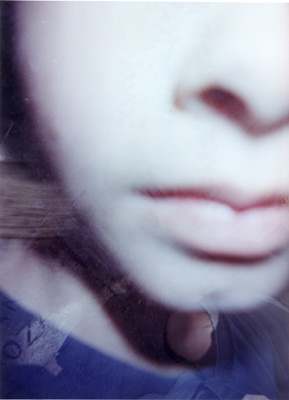