As a young child my days were filled up acting out characters from my favorite TV shows and singing melodically songs, telling stories of dolphins and butterflies, in an attempt to be like my favorite Disney Princess. When I went in to school, however, the girl who only communicated through song and spent her afternoons dreaming of fantastical lands and places was replaced with a quite shy person who wanted most to be liked and accepted by her peers and teachers. Like many young children I had no idea what I wanted out of life or my future.

I was in second grade when I took up my first bit of acting. We were to be putting on a class play of the Grouchy lady bug. I stood next to my small group of friends as the class broke out in to excited whispers. In order to audition we were to act out the animal part we wanted by pretending to be those animals, unless of course we were auditioning for the Grouchy Caterpillar who would have to perform a monologue. I stood up in front of the class and auditioned for the bird, because the teacher had suggested we try for more than one character, but my aspirations lay much higher than the silly bird. I felt a sudden urge to be the Grouchy caterpillar.

I sat with the class, my heart racing, as we watched the other candidate for the grouchy Caterpillar stand up and deliver her lines. She was a popular third grade girl who had always seemed nice enough, had a habit of knowing just about everything, and exceeded exceptionally well in everything she did. She was good, really good. She delivered her lines with a straight face and made no mistakes when reading the dialogue. She was believable as well reading the lines better than our teacher could possibly dream of doing. When she was done a long applause followed.

It was my turn next I stood up, my heart racing and took the page of monologue from my teacher. I took a deep breath before beginning . From the first word I was no longer Harmony. I was the Grumpy caterpillar, no I was the angry caterpillar. My youthful squeak of a voice was replaced with a low gruffly one. Each word spoken was filled with an emotion I had only reserved for fits when my brother broke my doll or my mother forced me to eat my vegetables.

The class voted and apparently it had come down to a tie. Our teacher informed us she would have to be the tie breaker. When the end results were announced my heart sank in my chest for I had not gotten the part, but I didn’t remain discouraged for long. That day I went home and enlightened my mother on my new dream, a dream that has stuck with me to this very day, I wanted to be an actress.

The Arcata Arts Institute, is not only a stepping stone to reach that goal but it is also a chance to get to know people who share similar interests to me. Acceptance in to this program has been a small dream of it’s own since my Eighth grade year.

I believe I would do well here because I am hardworking, dedicated, and willing to learn. I try to maintain a friendly personality towards my peers and teachers.
For now I simply desire to learn and participate in a variety theatrical performances. I someday hope to major in Drama or voice at respectable college and then to advance on the stage or behind a camera. I also hope right now to do more plays within the community, as my first experience at the Ferndale repertory theater was one of the most fantastic experiences in my life. 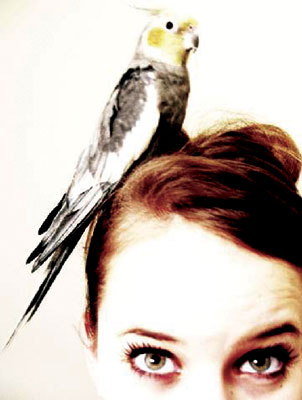 The author's comments:
An Essay I wrote to get in to a school but never sent in.
Post a comment
Submit your own