Hurston's Use of Irony | Teen Ink

Hurston's Use of Irony

In the novel Their Eyes Were Watching God, Zora Neale Hurston uses irony to illustrate that women are much more probable to reach their dreams in love than men. Hurston begins her novel by using the metaphor of ships for love: “Ships at a distance have every man’s wish on board. For some they come with the tide. For others they sail forever on the horizon, never out of sight, never landing until the Watcher turns his eyes away in resignation, his dreams mocked to death by Time…Now, women forget all those things they don’t want to remember, and remember everything they don’t want to forget. The dream is the truth. Then they act and do things accordingly.” It’s easy to assume that Hurston’s work is feminist because its protagonist, Janie, is a hopeless romantic. However through this quote, one learns Hurston’s point of view that women are flexible with love, while the “ships” of men may “sail forever on the horizon.” When Janie was sixteen, still naïve towards the subject of love, she married Logan Killicks solely for stability. On the other hand, Logan had been truly in love with Janie, as the one who begged Nanny to allow their marriage. The beginning of their relationship was characterized with the hardworking Logan whom spoke romantic rhymes to Janie. However, rarely are marriages forever sweet, for responsibilities arise and dreaminess fades. Logan eventually scorned Janie for not contributing to family duties (such as farming,) and Janie, who was never smitten towards Logan in the first place lashed back at him for “mistreating” her. Women are often seen submissively in society, and in love, that gives more responsibility for men to satisfy their needs. Women, however, are also blessed with the weapon of beauty that attracts others if men are not steadfast in relationships. Still young with beautiful hair, Janie in an instant lured Joe Starks and together they ran off; Logan was left heartbroken and in tears. Jody, unlike farmer Logan, was educated and ambitious. Through hearing his grand goals of leading Eatonville, Janie was convinced that Jody was fit for a woman like herself. When Jody became the mayor of Eatonville, he treated Janie with wealth and comfort. However, being mayor was hectic, and rarely did he have time to share with Janie. Janie soon became tired of the wealthy lifestyle in which she had such great expectations for. She slacked off in her job in the store (ex: cutting the tobacco wrong) and spent her days complaining about loneliness. In Jody’s last days, Janie expressed no sympathy that perhaps his illness was due to the strenuous job of a mayor—instead she scolded him that he didn’t know how to love a woman. Jody then dies suffering and unappreciated, while Janie is furtively overjoyed by her new independence. The current relationship in which Janie shares with Tea Cake has not ended yet. Even now, however, Tea Cake has had to make various efforts to win Janie’s trust (For example: gambling to win back the $200.) Janie, on the other hand just sat around suspecting whether if Tea Cake was truly worth her love. Throughout the novel, Hurston leads her readers to sympathize with Janie’s strenuous journey of finding her true love. However, the events of this journey depict that women find love without enduring the hard work men do to achieve love. 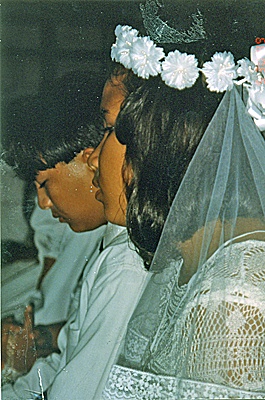