For this essay I have chosen the animal know as the human, Homo sapiens. The human is a very common type of hairless primate. Its classification is kingdom Animalia, phylum Chordata, class Mammalia, order Primates, family Hominoidea, Genus Homo, Species sapiens.

The human walks on two large hind legs and it possesses small forelegs which are used for feeding, grooming, and communication. It is relatively bald with hair ranging in color from a light yellowish color to black on its head, underneath its forearms, and in the nose, ears, and genital area. Its head is perched on a short but thin, hairless neck. Its face is mostly flat with an odd, protruding nose, fleshy outer ears on either side of the head, two rather small eyes that may be grey, blue, brown, or green, no muzzle, and a jutting projection on the underside of its head called a chin. In males this may be covered by hair, usually the same color as that of the head. Humans average 5-6 feet tall, however some may be as tall as 7 feet or as short as 4. Weight ranges from 90 to 250 lbs in healthy adults.


Humans live on all continents excluding Antarctica, in all habitats, though more commonly in more temperate to tropical climates. They are very adaptive, but they have a strange tendency to destroy natural areas and build enormous dwellings, as well as structures for which the use is not yet known. They tend to congregate in these structures, a behavior similar to the behavior of ants in anthills or bees in hives.

Humans are an extremely common animal, in fact their population is near to exceeding Earth’s limits of carrying capacity if they continue to use resources as they are. They are highly successful omnivores, easily out-competing more selective species for food, living space, and water.

Humans are omnivores, consuming both meat of other animals as well as all manner of plant material, such as seeds, nuts, fruits, bark, and sap. They enjoy in particular the saps of the sugar maple tree as well as the plant known as sugarcane. They seem to be attracted to brightly colored foods, and some humans stock up vast quantities of food resources, while others select small rations from these stockpiles. Still others live in areas where there is little to no food, and thereby starve, though why this is is not currently known.

Humans are typically monogamous, though some populations, particularly in western Asia exhibit male polygamy. Females are able to reproduce sometimes as early as 10-11 years old, and males around 13, though most do not select a partner until they are around 20-30 years old. Females normally produce one offspring every one and a half to three years though some as frequently as one year apart and some do not give birth for many years at a time. The reason for this is unclear. Infants are born almost completely hairless, with no teeth, and they are quite helpless until they are 4 or 5 years old, but they sometimes continue to live in their parents’ dwelling until they are nearly 20 years old.

Humans are very influential on the Earth, to the point where they have begun to run it over. They are relatively intelligent in some ways, though their senses are very weak (excluding sight), and their survival instincts are minimal. They communicate using sounds that, strung together in certain orders, mean different things. They also have a form of communication involving marks on a surface that code for different sounds or ideas. However, a human from North America often has a hard time understanding a human from eastern Europe or from Asia, for example, since these “languages” vary, usually by region. 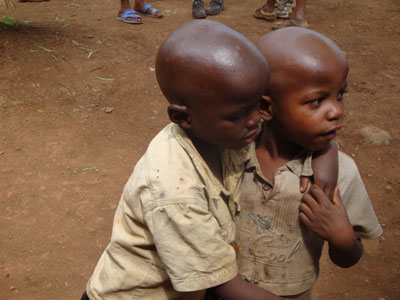 The author's comments:
This is sort of a parody of an animal report, intended to be somewhat funny. It's written from the point of view of another kind of animal.
Post a comment
Submit your own