Favorite Quote:
Each days a gift and not a given right leave no stone un-turned leave you fears behind and try to take the path less traveled by! Each step you take is the Longest stride!

John Kennedy, Robert Kennedy, and Dr. Martin Luther king jr all had one thing in common. They were all assassinated. They were all high majority leaders. Many people looked up to them for everything that they did in their life. Each one of them had their very own perspective on life and did everything in their power to help others in need when they could. There were many conspiracy theories that formed about each one of these men. They were created along with his death and like a rumor they are always there and they never go away.

In November 22, 1963 the sitting president of the United States john f Kennedy was assassinated in Dallas Texas. Many people believe that he was murdered for a special reason. Some think that he was plotting something and Lee Harvey Oswald found out his contemplations. Others believed that he was murdered out of anger of someone not getting their way. Some people believe that Oswald never fired a shot at him and others believe that Oswald was hired to kill the president. I honestly believe that the president was killed that day buy Oswald who was hired to murder Kennedy and he wasn’t slick enough to get away with it. No one really knows the full story. All we know is that he was assassinated that day by a shot to the head.

On June 5, 1968 in a hotel in Los Angeles the senator Robert Kennedy was assassinated. Sirhan Bashira Sirhan was accused of murdering the senator through a rage of security guard, killing at least two other mean through his rage of bullet. When asked about the incidents he repeated nothing that ever happened or he could not remember. Many believed he was just another crazy guy and some thought he had a motive, either way he was thrown in jail for assassination. After they began to take a deeper look into the incident that took place that night the realized that he was shot in the back and the one they had accused was in front at all times. He was shot by a gun that was only 7 cm from his body, this proved that it had to have been someone who was close to him at all times. A theory is that it was one of his CIA securities that if he would have made it to be president he would start invegistating the death of his brother. I believe that someone he trusted killed him because they were defending the person who killed John f Kennedy.

Martin Luther king Jr , that’s someone who everyone should know. King was assassinated April 4 1968. There are many theories as to what actually happened on his murder day. One is that someone named Earl Ray a criminal and racist guy killed king. Another theory is that it was the government; that wanted him gone and out of the way. Later Ronald Wilson found a piece of paper that had Raul written on them in ray car. What that had anything to do with it I’m not sure. There are also many people who thought that Lloyd Jowlers a bar owner assassinated martin Luther. Luther’s own son Dexter believed that this Ray guy was innocent. I honestly don’t really believe any of Luther’s theories. There just seems like there is more to investigate in the matter.

Each man served a purpose in life, after their purpose they were killed. Each man had different reasons that they were killed. I don’t think any of them should have been killed. If someone thought they were doing wrong they should have been a man about it and went and talked to them about it , they didn’t need to go and kill them for this purpose, its unthinkable to do this in that sort of fashion. No one deserves to die they might deserve a consequence but death is never the answer.

Theories are just an unjustified answer that needs to go somewhere else. They should have never been created at all; they are just full mess. People make up these theories to cover a mess up that has been made or to hide something. I think that these men’s theories were made by people who knew who actually killed the men; they did it to cover someone’s butt in the doing of his murder. They are like a big rumor. Sometimes they are real and sometimes they are defiantly no way true. They were made to use as a lie that some people would believe and take their eyes off the factual truth to hide what they are covering up.

I don’t really believe any conspiracy to tell you the truth. I would rather look at the facts and base my opinion off facts that I know are real. I wouldn’t want to be falling under a bunch of lies. Each one of these men’s theories that were formed about them all seems a little fishy. I would predict that they were killed by a purpose but not necessarily what others try to get me to believe. The only way that any of us would really know the truth is if we were there and we witnessed the assassination of anyone of these men , that basically the only way of knowing.

One thing that I would like to add is on the day of martin Luther king’s assassination Robert F Kennedy reported this to America.


“On the Death of Martin Luther King, Jr.” by Robert F. Kennedy


I have bad news for you, for all of our fellow citizens, and people who love peace all over the world, and that is that Martin Luther King was shot and killed tonight.

Martin Luther King dedicated his life to love and to justice for his fellow human beings, and he died because of that effort.

In this difficult day, in this difficult time for the United States, it is perhaps well to ask what kind of a nation we are and what direction we want to move in, for those of you who are black—considering the evidence there is evidently is that there were white people who were responsible—you can be filled with bitterness, with hatred, and a desire for revenge. We can move in that direction as a country, in great polarization—black people amongst black, white people amongst white, filled with hatred toward one another.

Or we can make an effort, as Martin Luther King did, to understand and to comprehend, and to replace that violence, that stain of bloodshed that has spread across our land, with an effort to understand with compassion and love.

For those of you who are black and are tempted to be filled with hatred and distrust at the injustice of such an act, against all white people, I can only say that I feel in my own heart the same kind of feeling. I had a member of my family killed, [and] he was killed by a white man. But we have to make an effort to understand, to go beyond these rather difficult times.

My favorite poet was Aeschylus. He wrote: “In our sleep, pain which cannot forget falls drop by drop upon the heart until, in our despair, against our will, comes wisdom through the awful grace of God.”

Each one of these men was murdered. They all wanted something new. They wanted new life; they were intrigued to renew the things that caused us bitterness. They wanted unity in the United States for us to love one another and form together instead of turning from each other. Look what happened they were assassinated because of it. 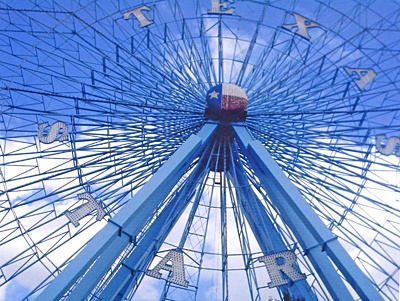