John Brown: The Lesson of the Hour is Insurrection | Teen Ink

John Brown: The Lesson of the Hour is Insurrection

Though the United States had been continually divided by sectional differences and violent debates over slavery, one legendary abolitionist’s hanging, John Brown’s, acted as one of the major catalysts for provoking the civil War. In the political escapade that eventually concluded his life, John Brown’s Raid consisted of an invasion at Harper’s Ferry in order to spark an uprising among the slaves, in which he was captured, beaten, tried, ad hanged. Brown’s act and death ignited and divided the states into primarily two opposing sides: the Northern Abolitionist support and Southern pro-slavery shock.


In the growing political tensions between the North and South, between abolitionists and slavery-supporters, America had already begun to change its passive political nature about slavery. One of the members of the anti-slavery movement was John Brown, whose obsessive will to suspend slavery, was ignited through the eyes of his twelve year old self who saw a black slave boy being whipped. Coming from an anti-slavery family, impassioned by his memory, and raised as a Calvinist, John Brown’s world was defined by a strict code of right and wrong, to the latter was meant to be punished, through any means deemed biblically necessary. Unlike most abolitionist members, John Brown did not believe in the passive course of action that directed the anti-slavery movement, taking upon himself the role of God’s avenger. In 1856, Brown led a combined group of white and African American men on an attack to murder unarmed pro-slavery members in Kansas, in what is known as the Pottawatomie Massacre. In 1859, John Brown and a small assortment of African Americans and white men (which included his own sons) went to Harper’s ferry to raid an armory, in an attempt to spark a slave rebellion. Following the raid, Brown was arrested for murder, association with slave rebellion, and treason to which the sentence was hanging.

December 2, 1859 marked the hanging and death of John Brown, and the beginning of a . Brown’s raid had ignited a war in “Bleeding Kansas,” and what was soon to be the entire country.

On that day, December 2, 1859, marked the hanging and death of John Brown, and marked the day from which John Brown was marker simultaneously as a madman by the south and by many abolitionists a martyr in the North. Eventually, the raid had startled the South in a state of fear over the possibility of a slave uprising, and initiated the construction of armed militia to suppress these rebellions, soon becoming an organized Confederate Army ready for war. However, while Brown’s actions instigated a Southern derogatory/ anxious opinion of the North. Moreover, the Harper’s Ferry assault inspired a Northern support for Brown’s anti-slavery cause, portraying John Brown as a type of Christ figure dying for a holy cause. Understandably, in the following political era nursed consideration of secession from the Union, drawing into one of the main philosophies sparking the Civil War. Brown’s raid had ignited a war in “Bleeding Kansas,” and what was soon to be the entire country.


Therefore, the emotional controversy over John Brown’s mortality deepened the division between the Northern and Southern States, until the inevitable event of the Civil War. John Brown’s Raid and creation of Bleeding Kansas broke the boundaries of what was justifiable in the course of the abolitionist movement, while also deepened sectional differences. In a series of lamentations over Brown’s death and the increasing interest of secession from the Union, John Brown’s hanging helped to speed the decline of relations between the Northern and Southern, until the eventual disunion. 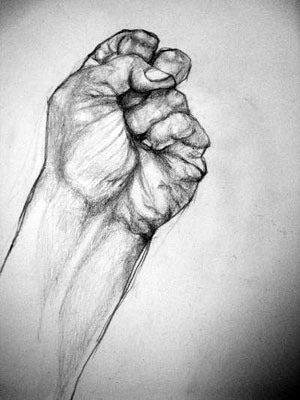 The author's comments:
H.W. # 38:“The Lesson of the Hour is Insurrection” Read pages 429-440 (to the South…) To what extent did John Brown’s hanging hasten the inevitability of the Civil War?
Post a comment
Submit your own