Thesis: The postwar prosperity of America in the 1950s caused a skyrocketing in commercial goods and new trends leaning toward creating the perfect white American suburbia, while simultaneously creating an era of heightened American defense against suspected Communist forces, such as the Soviet Union.

Conclusion: Primarily, the 1950s in America consisted of the American public focusing on creating the nuclear family and conservative, white communities, while the political atmosphere consisted of American idealism of protecting democracy while backing up funding for espionage, Arms Race, and the Cold War. However, America was not one strictly homogenous social landscape with the onset of arising adolescent maturity and creative expression/entertainment through beatnik styles, “black music”, and new trends in art and literature. While the 1950s was particularly known for its conformity in conservative culture and national political, the rebellious youth of America broke trends of gender and adolescent conventions through art, music, and behavior. 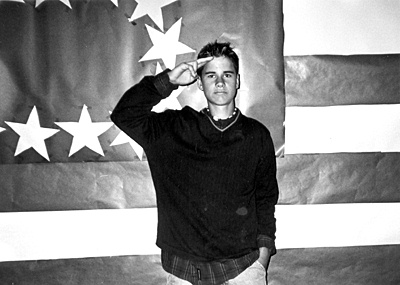 The author's comments:
Outline: To what extent did the 1950’s deserve its reputation as a decade of political, social, and cultural conformity?
Post a comment
Submit your own