I Have A Different Hero | Teen Ink

I Have A Different Hero

Wherever you go, you hear of heroes – sportsmen, celebrities, knights in shining armour. But who said heroes have to be real people? I have a different hero. My hero isn’t real – in fact, he’s a literary character. He doesn’t think he’s anyone great. What he does, he does because he loves his work. Like I said, I have a different hero. My hero is Sherlock Holmes.
Odd, isn’t it? When someone says Sherlock Holmes, what first springs to mind? A magnifying glass? A pipe or deerstalker, maybe? Or is it deduction and observation? Whatever the famous name calls to mind, it most certainly has nothing to do with heroism! But for those who really know the character – who is, in every way, like a real person – would know that behind his pipe, deerstalker hat and brilliant deductions, the man behind the magnifying glass is a hero.
To most people, Sherlock Holmes is an ingenious detective who stuns and fascinates everyone who knows him, and sadly, that’s it. It is true, even he doesn’t view himself as a hero of any kind – but I think differently. Apart from all his skills and talents, we have a lot to learn from Sherlock Holmes. All you have to do is read carefully each of Sir Arthur Conan Doyle’s stories – and you will find hidden in each a most touching message. I did just that – I read very carefully – and Sherlock changed my life forever.
Sherlock Holmes taught me so much about life – despite the fact that he never actually lived. For instance, he taught me that when a person makes a mistake, you should try to help them – not cause them any more pain. He showed me the importance of forgiveness, and the difference one good, compassionate deed can have on someone’s life. Sherlock Holmes made me see that you should always have faith in yourself, that you should invariably be kind and honest – and that whatever you do, you should act with justice, and for the greater good.
Sherlock Holmes is, in every way, a hero. He never seeks fame, and he shows us the importance of acting righteously both by his actions and his words. By forgiving, he teaches us to forgive. By being brave and selfless, he encourages us to be brave and selfless. By standing up for what is right, he pushes us to follow suite. Indeed, Sherlock Holmes is a hero, and – even if only to me – will always be a hero.
There are many people who find humour at the thought that my hero is merely a character – someone who isn’t even real. But why do we call people heroes? It is because they do good deeds, they help those in distress, and it is because their lives are examples of the lives we should be living – in a nutshell, it is because they are role models. Sherlock Holmes does many good deeds, he helps countless people in distress (often by saving their lives) and he leads a life of justice and honesty just as we should be leading – he is a role model. Why, then, can he not be classified a hero? Do all heroes have to be someone you can shake hands with? No! Sherlock Holmes is a hero – just a very different sort.
If someone was to ask me why Sherlock Holmes is my hero, I could think of an unending list of reasons, but in short, it is really just because of the man he is, coupled with the values he has taught me. Though a fictional character, he taught me the value of honesty and justice, the benefit of forgiveness and loyalty, and he made me believe I could – if only I tried – make a positive difference in this world. He made me see that even though I could not help every single person, or change the world completely, I could still touch the lives of many. Without Sherlock Holmes, I’d never fully understand what I could achieve by acting for the greater good. In fact, Sherlock Holmes made me see that I could be a hero too, just by being courageous and kind…and he made me a better person.
So, while some people see heroes in sportsmen, celebrities and knights in shining armour alone, I see a hero in anyone who is making this world a better place. That’s because I have a different hero. My hero is Sherlock Holmes. 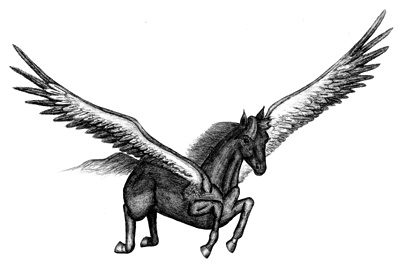 The author's comments:
Many people I know believe that heroes have to be real people. This piece, I hope, will make them see that this is untrue - and that a hero only has to be someone who helps you to be a better person... just like my 'different' hero.
Post a comment
Submit your own

TwiggyD9 BRONZE said...
on Feb. 25 2017 at 6:00 pm
TwiggyD9 BRONZE, Plymouth, Michigan
2 articles 0 photos 3 comments
View profile
I love BBC Sherlock it is so good. Sherlock is my hero. I haven't read Sir Arthur Conan Doyle's Sherlock books, but I plan to and my sister did. Her favorite quote is, "Shall the Earth then be overrun by oysters?"
ILOVESHERLOCK PLATINUM said...
on Jun. 25 2016 at 6:39 pm
ILOVESHERLOCK PLATINUM, Sydney, Other
31 articles 0 photos 36 comments

View profile
Agreed! Are you a fan of the originals, the new BBC modern adaptation, or both? :)
KivaNaomi SILVER said...
on Jun. 25 2016 at 3:06 pm
KivaNaomi SILVER, Pocatello, Idaho
9 articles 2 photos 9 comments

Favorite Quote:
I want to hate you half as much as i hate myself

View profile
This is a wonder ful peice of writing! I completely agree that Sherlock Holmes is hero material, but I don't think of him as my hero. I more or less respect him with my whole heart.
ILOVESHERLOCK PLATINUM said...
on Sep. 4 2013 at 9:26 am
ILOVESHERLOCK PLATINUM, Sydney, Other
31 articles 0 photos 36 comments

Favorite Quote:
"We're all stories in the end."

Favorite Quote:
\"No man ever enters, unprepared, in a fencing match of words with a woman.\"
\"I love old things, they make me sad...sad is happy for deep people.\"

View profile
I love that someone else out there has the same hero as me. Nice writing too! I think if we ever met in real life we'd be great friends. But who says we can't be friends through the internet?! I saw that you like Sherlock BBC and it's honestly my obsession. Glad to find a fellow Sherlockian.