The first time I saw him in the last summer, he was standing in front of the door to his house, basking in the sunlight. Before shaking his hand, I called him – as my uncle had suggested – the nickname that all the kids who knew him did: Uncle Pirate. The reason for his name was twofold: not only did he deal with the ocean year-round back in his youth, but he had a jolly roger eyepatch covering his blind eye and a fitted prosthesis on his right arm. I had heard fantastical stories about his appearance from my grandfather growing up, and to this day I still remember the story of his uproarious laughter when my grandfather told him I had asked about whether he had a hook for a hand, too. Still, witnessing the majesty of Uncle Pirate in person blew every story out of the water. I could not help but sneak a few furtive glances at the prosthesis as he led me inside. With carefully articulated joints made of an alloy of silvery and black metals, his prosthetic hand was altogether quite robotlike. That said, it was far from his only defining feature. Combed neatly back in a pompadour style, his glossy black hair was rather voluminous for his age, and his bushy eyebrows framed a pair of eyes that twinkled like those of someone decades younger.

There were plenty of opportunities to learn more about him before we made it to his study. Every room of his house told a story – from delicately crafted porcelain plates and vases to the ancient Chinese ink paintings. One wall even housed a set of antique weapons, including a bronze sword and a gleaming katana. The study itself contained a number of rockery stones – not the fancy sort that might be found in a jewelry store, but the ordinary, unpolished, misshapen rocks that dot the corners of ponds and ancient Chinese gardens. Catching my interest in his décor, Uncle Pirate’s eyes began to twinkle, and he asked if I’d like to hear the story of the stones and how he lost his eye and arm. I could not have hidden my excitement if I’d tried. With a gentle smile and the slightest tilt of his head, he began to tell his story. And yet, somehow the cadence of his Cantonese and the look in his eyes conveyed the slightest glint of sorrow.

The story he told began in the 1960s, in the midst of a catastrophic famine that lasted three years in the aftermath of the failed Great Leap Forward. The people had to contend with malnutrition, starvation, and death as they fought to survive in collective farms across the nation. Uncle Pirate, only twenty years old at the time, was no different. Robbed of the chance to attend college, he was forced to work at the farm for naught but meager rations. As a quarryman, he said, voice as gravelly as the subject matter, he was responsible for excavating rock from the mountain ranges for construction projects. In those days, there was little in the way of machinery, much less in the underdeveloped rural area he lived in, so manual labor was the rule rather than the exception. Demonstrating his quarrying technique, I could almost imagine the rivulets of sweat cascading down his face as he toiled under the sun. Even now, over half a century later, I could still see the layer of solid muscle built over a lifetime of hard labor.

With a conspiratorial grin, he shared that occasionally they stuck simple homemade explosives into the grooves in the rock to give the laborers a break. But it soon vanished as he shared how he was given about 200 grams of food – the equivalent of a roll of nickels – each day and expected to subsist. “The bulk of the air in the dark mine shaft was filled with the sand dust created in the rock-shredding process, and it was as muggy as if I were in a steamer. So much so that I could not tell whether it was the mist wetting my face or my own sweat,” he confided, eyes downcast. “The only thing that kept me warm was the scattered sparks – or, in rare cases, the transient, flickering, and almost invisible flames – that sprang from the dynamite at the exact moment of detonation.” Somehow the atmosphere in the study had become tense, like a string being pulled taut. The dull, gray rocks that he worked with had long since become a symbol of his imprisonment, a claustrophobic reminder of his circumstances and the futility of his efforts to survive. And yet, Uncle Pirate was one of the fortunate ones; unlike those who lived in the hinterlands, completely landlocked and severely affected by natural hazards such as the crippling drought, his village was adjacent to the ocean and relatively rich in resources. Nevertheless, without the proper tools, and with bodies weakening by the day from malnutrition, Uncle Pirate and the other villagers struggled to catch what they could. “The situation I was in was really no different from the law of the jungle,” he explained with a stunning lack of emotion. “One day on the beach, I realized that I couldn’t even grip the harpoon anymore – my entire body was trembling, and my hands had no strength. It was at that moment that I realized I needed to do something quickly if I wanted to be one of the survivors.” I couldn’t help but lean in closer, heart in my throat.

Uncle Pirate’s next course of action was, according to him, the boldest and most controversial thing he had ever done – something with lasting benefits and consequences alike. After days of secret preparation, he snuck into the caves one morning and palmed a very important envelope from its hiding place within a small crevice. Before he could be spotted, he dashed off toward the beach and the remains of an abandoned boat that had laid there for years after it began to fall apart. After dragging it out into the water, he finally unwrapped his prize – the pinches of dark powder he’d been stealing for days from the container of explosives in the mines. The fervor in his voice as he relayed this part of the story was infectious, and I could hear my pulse racing in my ears. When he was a child, he’d seen men throw explosives into the water and a litany of fish corpses rising to the surface not long after. He was determined to do the same.

“Just like an innocent convict breaking from the prison, I felt I just escaped from the cage of hunger and was about to be liberated from the darkness and evil,” he said, with a look in his eye that I will remember for the rest of my life. The only complication was that the bombs had to be held until the very last minute, or else the fuse might be extinguished as it hit the water. Nevertheless, his resolution was harder than diamond as he lobbed the first explosive into the water and watched as his prizes rose to the surface. He quickly got to work, lighting explosive after explosive, elated at his fortune. That’s when the worst tragedy of his life struck – the final bomb exploded right in his hands.

What woke him up was a searing pain in his lungs and left arm. As he opened his eyes, and to his horror, he was still in the boat, now filled with water. Worse still, the appendage that had once been his right arm was now unrecognizable, the entire arm mutilated in the blast. Even with one remaining eye, Uncle Pirate took in the blood-stained water around him, mind calculating the possibility of swimming 10 miles back to shore in these shark-infested waters in his condition. It was all but guaranteed that his life would end then and there. And yet, still he fought, swimming for several hundred meters before exhaustion wracked at his body and the combined pain of starvation and his injuries took their toll. Then, just as the final embers of hope began to fizzle out, he caught sight of faint, twinkling lights in the distance. Perhaps it was the reminder that he was the captain of his own destiny, but somehow, he mustered all the strength in his body and swam, barely conscious, towards it. “When I gradually approached the bright light, I realized that it was a barge for stone – the flat and wide deck was piled high with these gray, rough, and dull objects I dealt with and hated deeply every day.” Noticing his approach, the people onboard sent a rowboat to collect him. And as he was laid down on the deck, back facing the starlit sky, the edges of his vision began to go dark. “The last thing I saw,” he told me, in a voice as soft as silk, “were those same piles of gray, rough, colorless stone, which from that day on became a thing of beauty for me.”

As I would learn over the course of our conversations, it was this experience that taught him the greatest lesson of his life – namely that he was responsible for his own destiny. It is no wonder that he became an antique stone collector, given how the symbol of his imprisonment, on that fateful day, had transformed into the key to his salvation. 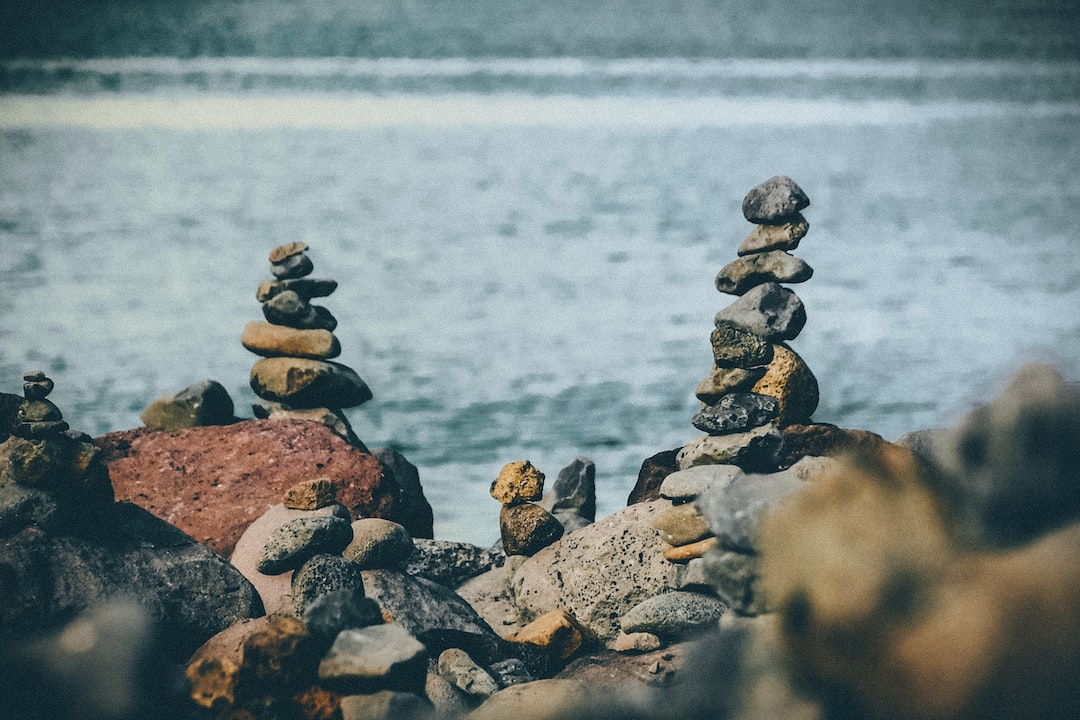 Photo by Chris Yang on Unsplash

As I met Uncle Pirate, a family friend of mine and a sailor-turned-antiquer, in my hometown last summer, his bizarre and mysterious appearance immediately drew me in, prompting me to conduct a through and through interview on him and his past, accidentally revealing an earth-shaking story that set the tone for his life.