Coming into the school year, I had signed up for football two a days and I was not looking forward to it. Two a days are summer practices where you in the morning, go and workout and take a break. Then you come back after maybe three hours, depends on how it is timed, and work out again. I was so worried that I wasn’t going to do very well. I had been going to the strength and conditioning and I thought that I might be ready for what we were going to do, at least I hoped so. When we went the first day it was exactly what my dad had told me, a day to get used to what we were going to do. The second day was what I was afraid of. First we would skull, which was when we would learn our plays as freshman and the upperclassmen would go over and verify what they would do on their plays. First was offense and then defense. Then we would go outside and run plays after we would do conditioning, this would include; stadium steps, one hundred-fifty meter runs, core and body builders. I was so tired after the first day. I didn’t think that I could go on after body builders, because it literally means that. They were so hard especially fireman’s carry where you carry someone over your shoulder and run with him there. But with the help of my teammates I did it. The next day was the same except this time we had different conditioning workouts. First, we did box jumps, then stadium steps, core, and body builders. I wanted to quit. I was so tired and my arms were as red as an apple from the sunburn. I talked to my dad about it that night, “Dad, I think I’m going to quit.” “Why,” he said. “ It’s just getting too hard”, then he said to me “ Son, I know what you are going through I had to do it too, but trust me when it is all over you will be glad you stuck with it.” He was so sincere in what he was saying so I said, “Alright, Dad I’ll stick with it,” I hung up the phone. I sat there and thought to myself what am I going to do? , It’s just so hard and soon we are going to start full pads. Two days later on Thursday we started full pads. I was so nervous about what could go wrong, that’s all I could think about. And the worst thing about it all is not that I had only played one year of organized football, it was that I was playing a brand new position. I moved from left tackle to center and that’s a pretty big move. I didn’t do so bad. I was so surprised; I didn’t think I would do well at all. But I did. I didn’t do as bad as I thought I would do, I did a lot better actually. I thought I was going to do awful and look stupid while doing it but I did it. The next thing I knew two-a-days was over and I had survived through two-a-days. I was so proud of myself, I didn’t think that I could do it but I did it. I now know that I can do something even if I don’t think I can at first and I can fight through the hard times and come out on top. I came into this task not knowing what was going to happen. I thought I was going to do really bad and I almost quit football. But I stuck with it and I did it. I did really well too. I am so glad I stuck with it and didn’t quit because if I had I probably would not be able to stop. 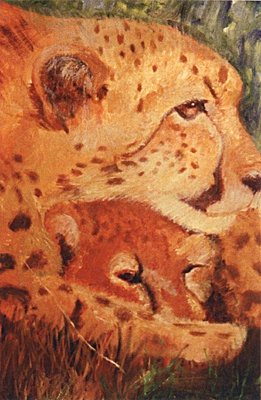 The author's comments:
I wrote this paper about my first year of high school football.
Post a comment
Submit your own