My palms were moist. Not a whole lot, but some apprehension was there. I admit it.

Eh, you’ll be fine dude. You’ll be in and out, no problems.

Yeah, I’m going to this big square brown building on ‘medical hill’, my mom said we couldn’t miss it.

It was the wrong parking garage, the wrong building all together. Looking outside I noticed there were more than five large, brown, square buildings.

If my mouth could make that sideways face, it did.

So back into the car we got. Ludacris’ music made the excitement lower a little bit. My girlfriend decided to have me drive because of traffic. So I gladly got into the drivers seat.

A quarter mile up the street on the left and a couple hundred feet walking, we found ourselves in a long gray hallway.

Radiology and Ultrasound was the destination.

It’s either a boy or a girl.

The images were black and white on the ultrasound machine as I sat next to my girlfriend’s best friend and her mother. I swear her mother thinks I’m her long lost son.

You know, if it’s a girl, my brother is going to be on your ass because of that one saying right?

That saying said that if you ‘pop out girls, you’re a sissy’.

The ultrasound specialist had a few more tests to go; it seemed like forever until she told everyone what it was. “Well, it’s a little difficult, seeing as ‘it’ keeps moving around so much”, was her excuse for the length of the appointment.

Give that nurse hell. That’s my boy. 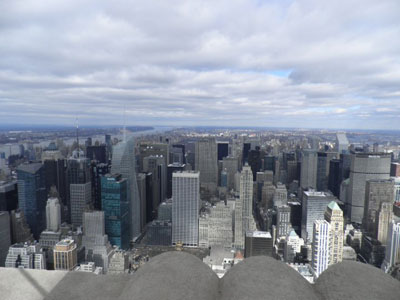 The author's comments:
We had an ultrasound appointment today, enjoy.