A Story Of A Multi Sport Athlete | Teen Ink

A Story Of A Multi Sport Athlete

I started playing football for Estacada back in 6th grade. At first I never wanted to play.I was scared of getting hurt, then about a week sign ups closed I decided that I wantedto play Football just like my dad. After about the first week of practice I loved the sport.The season just gets better from there. I made a few new friends and I was super happy about that. After a couple of weeks in practice we were allowed to practice in gear. It made practice more challenging but also made it so much more fun. I was excited butnervous about tackling the next week. The day was finally here, my first day of tackling.I was so excited, we started with correct position and ways to tackle safely, Then afterall of the talking we started with light popping. Coaches said they wanted to see technique first, and after the two days of technique we got to start tackling. After tacklingand being tackled, I loved it. The next week it was Thursday "hittin day" as coach calledI was ready to hit and prep for our first game of the season in two weeks. I was goingup against my good friend after we ran through our drills a few times, it was time for  head on head tackling. I went up against my friend again and he was running theball. I got low in a good stance and we hit, I tackled him. He dropped straight down.After I stood up he didn't, so I was wondering what was wrong. He was calling for thecoaches, yelping in pain. I felt so bad, Later that night I got the news that I broke hiscollar Bone. I was extremely upset. I kept beating myself up about hurting my friendbut my dad, who was coaching my football team too. Told me that it was just part ofthe sport. It was the day before our first game we were practicing preparing mentallyand physically. Everything was going great. Then... We were running drills and our quarterback was tackled and he out his arm out to catchhimself before falling to the ground. After about 10 seconds he started screaming in pain after the coaches got him to sit up, they could tell his arm was broken before he even got looked at by the doctors. We were all super scared and shook up. It was the day before our first game. One of our receivers Broken Collar Bone, and now our quarterback out.So we had to have our starting running back move to QB. We were ready but extremely Worried at the same time.

The Next Day…It was a warm saturday morning the game was scheduled for 11:00 am, and we wereready to go. We stepped into the stadium full of Family, friends, classmates, and people who just enjoyed watching the sport. We played a very tough game.The final score being 32-26 Colton with the win…After the game the team was sad of course but we actually did really good for not having our starting QB. The rest of the season went amazing. We persevered and poweredthrough the challenges and finished the season with a record of 10-2. We went on to play in the playoffs winning our first game, but losing the second. By a verytight score. I learned so many things that year. After that season I went on to play again in seventh grade the next year. That season did not go as well as the last. Our team didnot have as much of a connection like the year before. There were some new people on our team this year which wasn't bad. But let's just say that these people were not asskilled. Our season went horrible. Through the whole season we only had two winsour team did not perform nearly as well as the year before, there was one goodgame that we had against Gresham. We destroyed them causing them to forfeit. Therewasn't much that I learned from this year. But I was proud of myself for beinginspirational to my teammates. They always looked up to me or encouragementeven if they were older than me, they would still look up for support, and someone tohype them up. Next came my 8th grade year, It was the beginning of the season and Iwas super excited about getting to play to with my fiends from our 6th grade seasonwe started off with a very good couple weeks of practice, we were all very excited forOur first game is next weekend. The last week of practice before our first game wentvery good and we were performing like a kick ass team in practice. The weekend came so fast I was in the car on the way to Molalla, thinking about how I am going to do in our first game. I got there, and we Started warming up. Then the warm up timer hits zero. I'm Strapped up ready to go, It's game Time Baby! We went out and put a beat down on Molalla, we won 48-18 We played an amazing game and we were all very excited. We ended up finishing our regular season with a record of 9-3. Then we moved on to the Playoffs. We played against the Reynolds Youth football team. Most of their players were bigger and stronger than us.In the first half of our payoff game, one of our wing backs broke his arm, and later in the third quarter our quarterback was hit in the head and had to be taken out of the game.  Most of our team played harder than we had ever played before. We played a very hard game and fought hard even with two of our most valuable players out of the game, and we ended up losing 28-22 in a very intense game. We ended the year off as a very strong team, and very close friends. We had a small group of freshman play football this year and only four of them werefrom my eighth grade team. One of them being me. I tried to earn a spot on the varsityteam but didn't make it. I worked super hard to start on JV, and I ended up getting the starting spot on JV. I was very happy about it, We had a couple weeks of practice Thenwe scrimmaged Gladstone after the varsity game. We lost the scrimmage by one point.we played them again a week later, we destroyed them. We had a very well playedgame and ended up winning 36-6. About a week later we against Rainier and ended uplosing 6-0 after that game we finished the rest of our practices for that week. Then later that weekend The JV team got a message from our coach saying that a player from Rainier tested positive for Covid. So that resulted in our team having to quarantine. That meant I couldn't go to school, we had to reschedule several games, and I couldn't leave my house. Two of the three teams that we had to reschedule with decided not to play us that made our team extremely mad. Once we were finally aloud to come back to playing we had one hour and a half practice before our last game of the season.We were not able to prepare for our last game in one day. It was the day, Game Day,time to finish off the season in this last game Esacada vs Crook County. We fought hardBut lost the game. Even though we lost we were not mad, it was still a fun game, andwe had a good season. During our 4 hour drive home we celebrated for how hard weworked and pushed through challenges for not practicing in almost three weeks. We ended the season 1-2. Now I am playing other sports and training for the next season.

I am not an arrogant person  but I dont think some people my age  know what it's like to work until your body needs to stop until they meet me and a few of my  friends. We bust our asses until we can't even walk. We work till we start puking. It is all worth it. It makes me stronger. Not just physically but mentally. The feeling of a hard earned victory is amazing. After losing to someone multiple times and working hard to overcome and beat them is hard not many people can do it. But I did, I stepped out and made a fool of the person who beat me two years in a row. The toughness of overcoming an injury and getting right back to work. Or even making a new best friend. That's what it all worthwhile that's why I Love sports so much. That's why I decided to share my story. So other people may know what it's like. Or hear about working hard from someone their own age. I am Nehemiah and I hope you enjoyed reading my story. 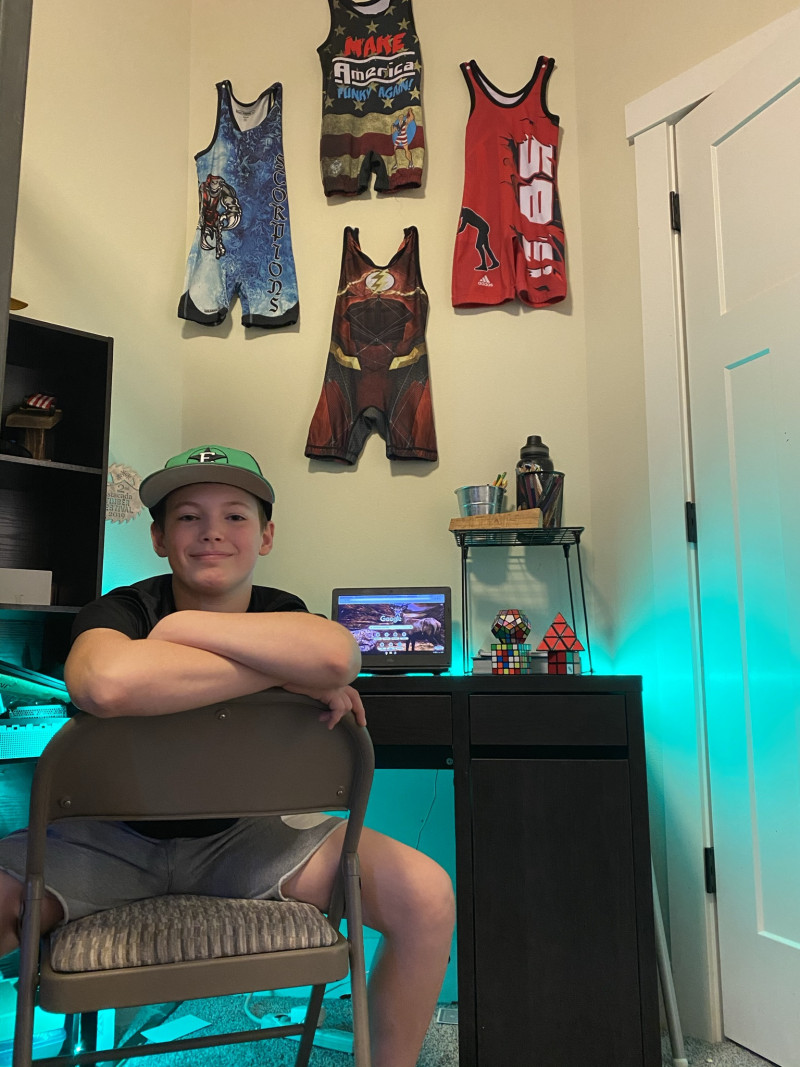 This piece was a writing assignment for my Honors literature class. At first I had no idea what to write then I thought about one of the most important things to me. Sports, then I had this whole idea come into my head, then I just knew what I was going to write.